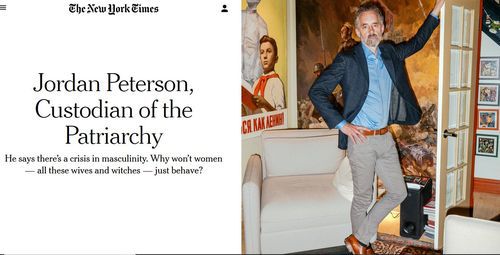 Jordan Peterson, Custodian of the Patriarchy

He says there’s a crisis in masculinity. Why won’t women — all these wives and witches — just behave?

… Mr. Peterson, 55, a University of Toronto psychology professor turned YouTube philosopher turned mystical father figure, has emerged as an influential thought leader. The messages he delivers range from hoary self-help empowerment talk (clean your room, stand up straight) to the more retrograde and political (a society run as a patriarchy makes sense and stems mostly from men’s competence; the notion of white privilege is a farce). He is the stately looking, pedigreed voice for a group of culture warriors who are working diligently to undermine mainstream and liberal efforts to promote equality.

The most denounced line:

“The cure for that is enforced monogamy.”

In contrast, when feminists invite in Muslims & Africans and we wind up with “enforced polygamy,” will it be because the Establishment’s highest priority was to show up that awful Jordan Peterson, and then things just got out of hand due to our culture’s current excesses of politically correct ignorance and white-on-white hate?

Or will it be because feminists really want polygamous marriage to a Big Man?

For example, from The South African, here is former South African president Jacob Zuma and a number of his wives, none of whom look like they will pass up a nice big slice of their hubby’s birthday cake: 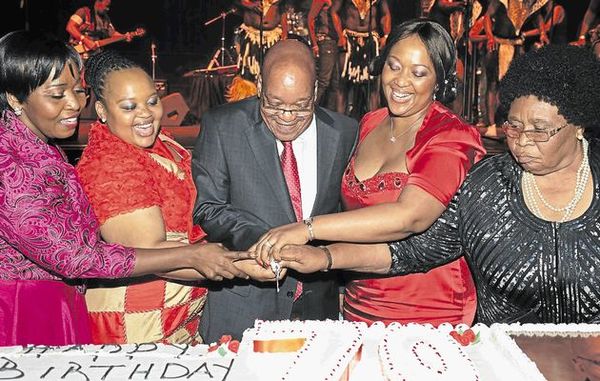 Just how many wives does Jacob Zuma have, and who are they?