Even during an election that showed big gains for Democrats, many of whom are permissive regarding borders and US sovereignty, a majority of voters nevertheless remain favorable to tough immigration policing. 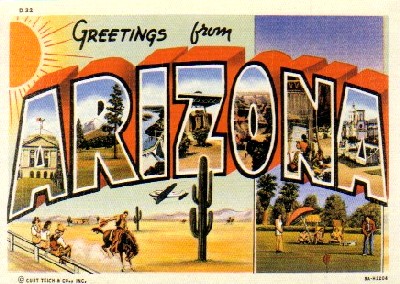 A poll commissioned by Breitbart.com and JudicialWatch.org found that 61 percent of voters preferred an approach like Arizona’s state enforcement law to crack down on immigration anarchy.

The level of approval is similar to other polls going back to April 2010 when SB 1070 was signed, despite a barrage of hateful propaganda from the corrupt media.

A Breitbart News/Judicial Watch Election Night poll found Americans are more conservative when it comes to immigration policy than mainstream journalists, liberals, and even some Republicans may suggest.

After Republican presidential candidate Mitt Romney lost more than 70 percent of the Hispanic vote in the 2012 presidential election, a chorus of media and establishment figures have insisted Republicans need to embrace more liberal immigration policies.

However, the Breitbart News/Judicial Watch Election Night poll found Americans are still fairly conservative when it comes to immigration policy, with 61% of voters favoring Arizona-style immigration laws and the nation nearly evenly divided on President Barack Obama’s executive action that gave temporary two-year work permits to illegal immigrants who had been brought to this country as children, with 40% in support and 37% opposed.

But national surveys have consistently found Americans favor laws that allow police officers to ask those they have detained for another offense for their immigration status if they have a reasonably suspicion the person detained may be in the country illegally. For instance, consistent with the Breitbart News/Judicial Watch Election Night poll, a CBS poll in August found 63% believed Arizona’s immigration law was either “about right” or “didn’t go far enough.”

In the Breitbart News/Judicial Watch poll, 40% of Democrats and 63% of independents favored Arizona-style laws. A majority of blacks (53%-43%) favored such laws while 58% of Hispanics opposed the law. Forty percent of Hispanics, though, approved.

When it comes to Obama’s deferred action plan, the Breitbart News poll found while 68% of Democrats favored Obama’s executive action, only 40% of the nation did.

Obama essentially made immigration law by fiat when he issued an executive action granting illegal immigrants 30 years of age or under who came to this country as children and met certain requirements to apply for temporary work permits that would expire in two years.
In Obama’s second term, Obama and Democrats may push for a more lasting resolution, as Obama promised during the campaign. And voter sentiment could shift when it comes to more permanent forms of amnesty.

The Breitbart News/Judicial Watch poll surveyed 800 respondents by cell phone. The poll’s margin of error is 3.46%, and the partisan breakdown is D +3, which is with the margin of national exit polls, which suggested a D +6 electorate.