Ebola In Dallas: "I’d Quarantine A Dude From West Africa If He Came In With A Hang Nail" 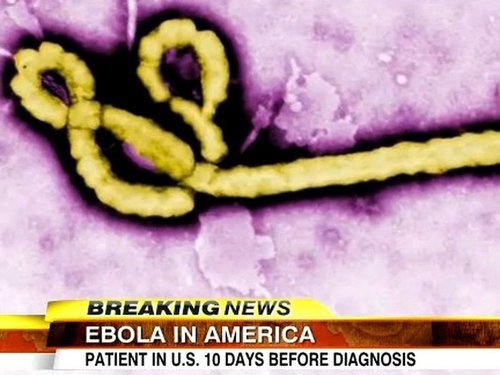 At What Would Tyler Durden Do, Lex reflects:

It turns out Ebola patient zero, Thomas Duncan, went to the emergency room in Dallas last week with a high fever and the admitting staff kind of forgot to note that Duncan specifically informed them that he was visiting from Liberia. You know, the epic water slides and Ebola capital of the world. That hospital sent him home with antibiotics and some Welcome to America gift packs and coupons to see the Southfork Ranch.

It’s like a grungy chick from Colombia showing up with intense stomach pains. … I’d quarantine a dude from West Africa if he came in with a hang nail. Now the CDC is hurriedly tracking down everybody Duncan came in contact with between the time he was released from the emergency room last Friday and the time he was spewing Ebola in the back of an ambulance headed to the lock down room at Dallas Presbyterian. It’s a bunch of people. Including kids. … . The next time somebody tells you Ebola doesn’t spread in countries like the U.S. because of our super smart modern medical practices, just laugh to yourself and climb into some hazmat gear that will hold you until 2020 when the sign language apes take over.

Here’s the closing credits scene from the end of 2011?s Rise of the Planet of the Apes.