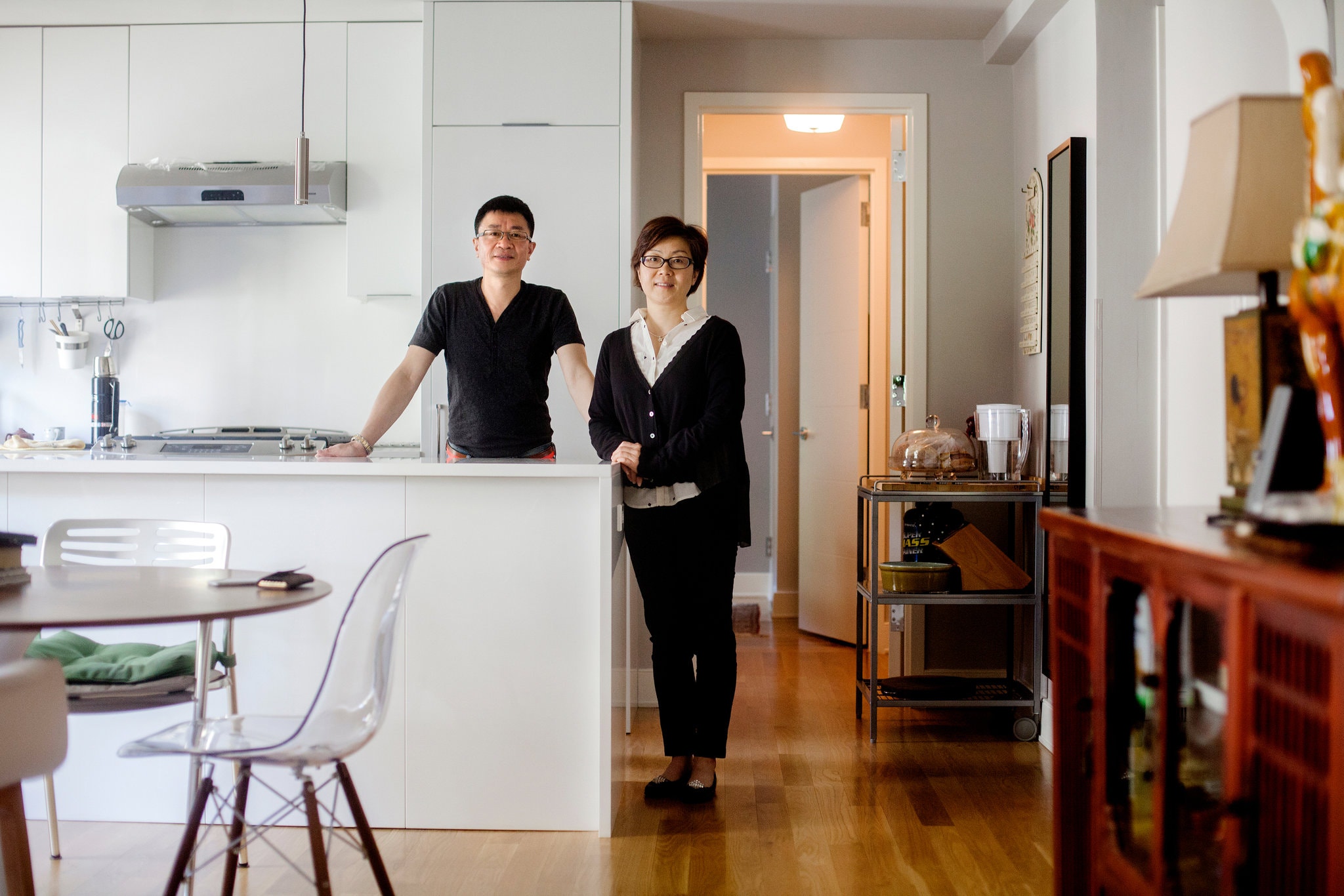 EB-5 Visas: Selling Our Birthright for a Mess of Pottage

Yi Lin and his wife, Molly Xi, in their new home in Manhattan. They got green cards for investing in American real estate. (Not the new home, some development in Miami.)

From the NYT, an admiring description of the EB-5 visa, a federal program that manages to be both fundamentally corrupt and penny ante stuff at the same time:

… So two years ago, Ms. Zhao’s parents invested $500,000 in a hotel project on Bryant Park, knowing that their investment could be parlayed into green cards for the family. Three months ago, their paperwork came through and the Zhaos became permanent residents of the United States.

Let’s be clear about what happened: the three (or possibly more) Zhaos did not write a check to the U.S. Treasury to buy their green cards. Instead, they gave $500,000 to a private real estate developer, upon which they hope to make a positive financial return, and they get three green cards from the U.S. government.

While Ms. Zhao’s father has remained in Beijing, her mother joined her in the United States and is now renting a studio on Roosevelt Island and studying English. Investing in real estate projects in exchange for legal immigration status has become big business in New York City. Through a federal visa program known as EB-5, foreigners, more than 80 percent of them from China, are investing billions of dollars in hotels, condominiums, office towers and public/private works in the hope it will result in green cards. Twelve-hundred foreigners have poured $600 million into projects at Hudson Yards;

Hudson Yards is being developed by billionaire Stephen M. Ross and by a Canadian pension fund. Why should these entities be entitled to hand out American green cards to lower their cost of capital? The money doesn’t go into the U.S. Treasury to lower your taxes, it goes into the pockets of wealthy developers.

And why is the price so ridiculously low?

The world is not exactly starved for investment capital at present. The Chinese have lots of money to launder into American real estate, even without the added inducement of making them permanent legal residents of our country. This EB-5 program manages to be cynical and naive at the same time.

… Under the program, the family of the investor, including any dependent under 21, can apply for a green card, and each family member is counted toward the quota. …

Developers are eager to access the visa program because it is cheaper than many other financing sources. This is in large part because the participants are focused on securing green cards and are therefore willing to take smaller returns on their investment, typically earning less than 1 percent.