Dwight Garner In The NYT On Isabel Wilkerson's CASTE 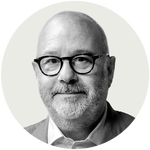 Isabel Wilkerson’s ‘Caste’ Is an ‘Instant American Classic’ About Our Abiding Sin
By Dwight Garner
July 31, 2020

Caste: The Origins of Our Discontents
By Isabel Wilkerson
474 pages. Random House. $32.

A critic shouldn’t often deal in superlatives. He or she is here to explicate, to expand context and to make fine distinctions. But sometimes a reviewer will shout as if into a mountaintop megaphone. I recently came upon William Kennedy’s review of “One Hundred Years of Solitude,” which he called “the first piece of literature since the Book of Genesis that should be required reading for the entire human race.” Kennedy wasn’t far off.

I had these thoughts while reading Isabel Wilkerson’s new book, “Caste: The Origins of Our Discontents.” It’s an extraordinary document, one that strikes me as an instant American classic and almost certainly the keynote nonfiction book of the American century thus far. It made the back of my neck prickle from its first pages, and that feeling never went away.

… Wilkerson, who won a Pulitzer Prize for national reporting while at The New York Times and whose previous book, “The Warmth of Other Suns: The Epic Story of America’s Great Migration,” won the National Book Critics Circle Award, avoids words like “white” and “race” and “racism” in favor of terms like “dominant caste,” “favored caste,” “upper caste” and “lower caste.”

Some will quibble with her conflation of race and caste. (Social class is a separate matter, which Wilkerson addresses only rarely.) She does not argue that the words are synonyms. She argues that they “can and do coexist in the same culture and serve to reinforce each other. Race, in the United States, is the visible agent of the unseen force of caste. Caste is the bones, race the skin.”

My guess is this will be adopted by the Science Proves Race Does Not Exist crowd. They are starting to wonder why they know that Race Is Only Skin Deep but everybody in 2020, including them, acts like it’s the most important thing in the world. So they will adopt Ms. Wilkerson’s conspiracy theory:

… A caste system, she writes, is “an artificial construction, a fixed and embedded ranking of human value that sets the presumed supremacy of one group against the presumed inferiority of other groups on the basis of ancestry and often immutable traits, traits that would be neutral in the abstract but are ascribed life-and-death meaning.”

“As we go about our daily lives, caste is the wordless usher in a darkened theater, flashlight cast down in the aisles, guiding us to our assigned seats for a performance,” Wilkerson writes. She observes that caste “is about respect, authority and assumptions of competence — who is accorded these and who is not.”

As we all know, competence in 2020 America is in such abundant supply that we have to have irrational systems for not according it to all the people who have it.

Wilkerson’s usages neatly lift the mind out of old ruts. They enable her to make unsettling comparisons between India’s treatment of its untouchables, or Dalits, Nazi Germany’s treatment of Jews and America’s treatment of African-Americans. Each country “relied on stigmatizing those deemed inferior to justify the dehumanization necessary to keep the lowest-ranked people at the bottom and to rationalize the protocols of enforcement.”

The Jews of German and Austria on January 1, 1933, such as Einstein and Freud, were probably the highest achieving ethnic group in the world.

… Her consideration of the 2016 election, and American politics in general, is sobering. To anyone who imagined that the election of Barack Obama was a sign that America had begun to enter a post-racial era, she reminds us that the majority of whites did not vote for him.

Now that’s proof of their perfidy.