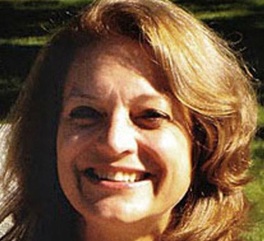 Not only did the crash cause a fatality, it critically injured Susan Mullinnix who was driving a pickup truck in the Sarasota smash-up that involved four vehicles.

The drunk-driving illegal alien, Daniel Garcia, was also listed in critical condition immediately after the crash, but he managed to escape the hospital by walking out the front door the next morning in his gown. He remained at large for several months until he was found thanks to persistent police work on the part of Sarasota County detective Brian Barrett.

Interestingly, Garcia did not flee to Mexico (known to be a friendly hide-out for criminals) but went to Gainesville, which he must have thought was far enough.

The video below is a news report from the time of the crash.

They drove to the Sarasota County Courthouse this morning from Jacksonville and Miami to watch first-hand as Daniel Garcia, who pleaded no contest to DUI manslaughter, received a 13-year prison sentence.

Garcia, an illegal immigrant from Mexico, had been on the lam for several months after the Nov. 7, 2010 crash in Sarasota that killed Yoder. The family had a hard time healing, knowing the man responsible for Yoder’s death was free.

But Garcia, 26, finally was arrested while hiding out in Gainesville, thanks to the dogged efforts of one of the region’s most aggressive fugitive hunters, Sarasota County Sheriff’s Deputy Brian Barrett.

In court this morning, Yoder’s three children went to the podium together for emotional support, clutching tissues and touching each other on the shoulder. They spoke to Garcia directly.

“I just wanted you to know my face,” Yoder’s daughter, Tavy Chen, formerly Tavy Wells, said to Garcia. “I will never forget what you did. I hope you never forget either.”

Pamila Yoder died at the scene of the crash at University Parkway and U.S. 301; Garcia had been airlifted with grave injuries from the crash and taken to Bayfront Medical Center in St. Petersburg.

The next morning, before he was charged, Bayfront Medical security footage showed him walking out the front door, still in a hospital gown, the I-V still hanging from his arm.

The FHP looked for Garcia, but gave up. Deputy Barrett spent months observing the area’s labor camps, Latin dance clubs and bars, finally getting a break and catching Garcia at a Gainesville apartment complex.

Yoder’s son, Jesse Yoder, said his mother above all valued truth. “I hope that what you are doing here today is because you genuinely want to make some sort of amends,” he said to Garcia. “I know nothing can undo what happened, but I just want you to understand what you’ve done to our family.”