Down with Yankee Imperialism (And Tax Haven Status) in Puerto Rico! 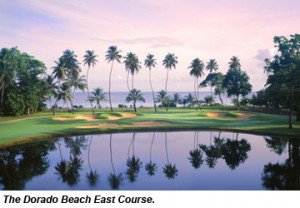 Among the many unfashionable causes I endorse, independence for Puerto Rico seemingly ranks among the least likely to come about. And yet nobody is able to explain why Puerto Rico’s current hybrid status makes much sense in the 21st Century.

Alex Lemond is among a new wave of New Yorkers trading in their Manhattan condominiums for beachside villas in Puerto Rico. The former hedge fund honcho moved to San Juan from New York last year, and his company, the Encanto Group, is investing hundreds of millions of dollars in developing luxury real estate on the Caribbean island. …

Puerto Rico, a commonwealth of the United States, passed legislation in 2012 that shields new residents from paying most federal income taxes. After a slow start, Puerto Rico’s status as a tax haven is beginning to catch on …

Under the tax law, known as Act 22, you can pay minimal or possibly no taxes on interest and dividends, as well as capital gains. You must, of course, fulfill certain criteria, including living on the island for at least 183 days a year, although unlike many other tax havens, you don’t have to turn in your passport.

Let me get this straight. If I’m a zillionaire living on the income from my wealth, but if I spend November 1st to May 1st playing golf at Dorado Beach, then I don’t owe the U.S. Treasury anything? And the IRS is okay with that?

Isn’t there something slightly, well, insane about the fact that Puerto Rican politicians can simply exempt rich mainland American financiers “from paying most federal income taxes”? Shouldn’t the rest of us get a say in the matter?

If Puerto Rico weren’t such a poorly run, underachieving, depressing place, this could become a sizable hole in the Treasury.