Classicist Donna Zuckerberg, sister of Facebook’s Mark Zuckerberg, is back with a long article in Medium about Pick-Up Artists such as Roosh V, Neil Strauss, Mystery, and Ovid (43 BC – 17/18 AD):

Ovid and the Original Sin of Pickup Artistry 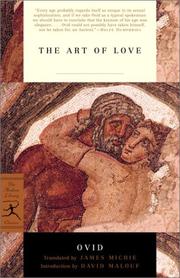 … I can imagine why the idea of Ovid as their OG (“original gangster”) is so attractive to PUAs. The idea of an ancient Roman predecessor gives them legitimacy by implying that the seduction community has deep historical roots. And if Ovid can be claimed as one of their own, his status as a brilliant and influential poet reflects well on the entire movement and gives it intellectual credibility.

Embracing Ovid as the OG PUA is a significant choice. The extensive similarities between Ovid’s Ars Amatoria (called The Art of Love by Strauss, a translation I’ll return to momentarily) and the advice given by PUAs reveal some of the most consistently problematic elements of PUA ideology—the erasure of female subjectivity, the use of sexual partners (often interchangeable and indistinguishable) to bolster status within a community of men, the near-total disregard for affirmative consent.

Ovid may be the seduction community’s OG, but he also reveals their original sin: there are underlying flaws in the concept of seduction as a teachable skill that inevitably lead to negative consequences for men and women alike. By focusing on the conquest of women (“closing”), the women themselves become unimportant. The act of scoring, especially in front of your peers in the community via “field reports”, becomes the goal. But the negative consequences of treating seduction as a lifestyle go beyond the objectification of women. The men who succeed at becoming master PUAs often end up alone, unable to form healthy attachments, while those who fail can turn toward violent misogyny. In the end, it seems this truly is a strange game where the only winning move is not to play.

Why no Roissy, Donna?