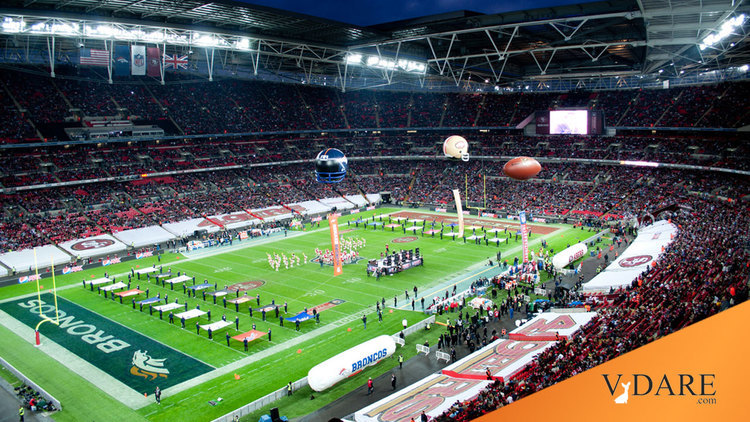 Does The Wonderlic IQ Test Predict Success In The NFL?

The National Football League requires all draft prospects to take the 12-minute Wonderlic IQ test, but it's not clear how much, if any, predictive value it has.

Here's a little study of quarterbacks who entered the league from 2000 to 2004 by IQ (21 = 100) versus yards passing, which shows a strong positive relationship.

I wouldn't be surprised if teams keep an eye out for Brian Griese-types—smart quarterbacks who aren't that physically talented—and keep them around in case injuries wipe out the top two quarterbacks and they need to plug in a warm body who has memorized the playbook and won't throw too many interceptions. In non-emergency situations, you can use them as quasi-assistant coaches in the meantime, having them do clipboard-associated chores. The smarter ones won't rebel as much at not getting any glory and will be working hard mentally to learn the game so they can become coaches later on. And they're not likely to go to prison for dog-fighting.

Or maybe the NFL uses the Wonderlic for purposes of negotiating contracts? "This kid got 6 right out of 50 and he's being represented by his uncle. Nobody in that family will know "net present value" from a hole in the ground, so let's offer them a $10 million dollar contract with $9 million deferred until 2040. They'll think they're going to be rich." (Dennis Rodman signed that kind of deal with the Chicago Bulls once, where he got $100,000 per year for 30 years—of course, that annual $100k might be what's keeping Rodman living indoors at present.)

It seems like with all the money involved, somebody should make up a quarterback specific cognitive test rather than rely just on a standard IQ test like the Wonderlic. I've played quarterback for a handful of plays in six on six flag football, but I was quickly yanked because I was clearly overwhelmed by the cognitive demands of following four receivers while dodging the pass rusher. Compare quarterbacks to baseball pitchers. The physical demands aren't that different—a tall guy with a strong arm—but pitchers can concentrate on one thing at a time, with just a little bit of multitasking for checking the baserunner's lead at first.

The QB brain test would involve things like memorizing plays and tracking multiple receivers and defensive linemen simultaneously—the military probably has a "situational awareness" test for fighter pilot applicants that could be adapted.

You could validate the test at summer camps for elite high school quarterbacks, where you can get a big sample size, and then track them at the camp, in high school, and then in college.