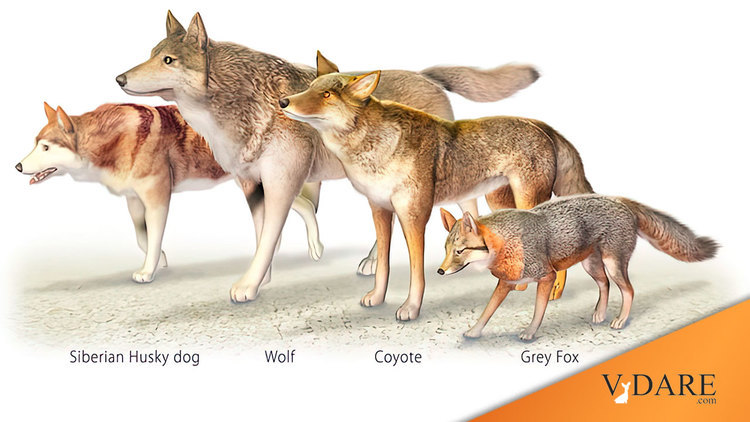 The eastern massasauga rattlesnake has been a candidate for protection since 1982, a legless bridesmaid, never a bride. Ditto the elfin-woods warbler. Like them, the Dakota skipper butterfly, a cucumber-bodied flier that zips unusually fast (for a butterfly) over the Minnesota and Dakota prairies, is dying out as development shrinks its habitat. It nevertheless has hung on, its candidacy deferred since 1975.

Belatedly, the Interior Department’s Fish and Wildlife Service is giving them all — and 258 more — a thumbs up or down for protection under the Endangered Species Act, the 1973 law that was among the early triumphs of the environmental movement.

It is evidence of the law’s travails that it took a federal judge to get them to this point.

I haven't really read up on the Endangered Species Act since Charles C. Mann's series of articles in The Atlantic in the mid-1990s. Perhaps it has been amended since then? The 1973 legislation was hustled through Congress and signed by Nixon (who had bigger worries) without anybody thinking through the law's absolutist wording. The idea was to save the bald eagle and other charismatic megafauna, but nobody had any idea then just how many species there were in the United States (does anybody now?) Yet, the bill doesn't distinguish between wolves and weeds. A species is a species.

So, I presume, the unlimited demands of the legislation have mostly been blunted by not giving the bureaucrats a big enough budget to fully implement the ESA's fundamentalist language. But now a judge and the Obama Administration have negotiated a major expansion in coverage.

Under a 2011 settlement of two lawsuits by conservation activists, the wildlife service has pledged to decide the fates of all the backlogged species by 2018. A schedule issued by the service on Feb. 8 promised to decide by September whether to add 97 species to the endangered list, including 70 covered by the lawsuit settlement.

Moreover, the service has finished preliminary work on more than 550 other potential candidates for the endangered-species list, almost all of which will be further evaluated after the backlog is erased.

“They’ve dramatically increased the number of decisions they’re making — both positive and negative decisions, but the vast majority of decisions are positive,” said Kierán Suckling, the executive director of the Center for Biological Diversity, an Arizona conservation organization that is a party to the settlement.

It is the most feverish activity on imperiled wildlife in two decades, an improbable feat amid ferocious attacks from conservative critics and in an economy with little money to spare for environmental frivolities.

The wildlife service, the steward of most of the 1,400 species on the endangered list, casts the settlement as an opportunity to get back to its mission.

... Skeptics might ask whether any species that can wait decades for listing was endangered to begin with. The answer, experts say, is that some aren’t; the wildlife service is likely to remove some from consideration after re-evaluation. But most of the rest are probably in declines lasting decades that would not be arrested without outside help.

... Should many of the 800-plus species listed in the settlement be granted federal protection, as seems likely eventually, the endangered list could increase as much as 60 percent — and encompass more territory than ever before. ...

Developers are increasingly anxious over the possible listing of more than 400 freshwater mussels that live in rivers close to urban areas, mainly in the Southeast.

The mention of "more than 400 freshwater mussels" raises the central philosophical question about the Endangered Species Act that, as far as I can tell, remains unanswered: how do we know what is a species and what isn't? How do we know that the supposedly endangered San Fernando Spineflower is really a different species from the common San Gabriel Spineflower (the assumption that the answer to this question is yes derailed a billion dollar housing development in California). Do species exist? If so, how do you define them? How can the wolf-dog that lives down the block be two different species?

If you think these questions sound familiar, yes, they are fairly analogous to the debate over whether or not race exists. The usual arguments are between those who view races as subspecies and those who point out the problems with the concept of subspecies.

Yet, even the better established concept of species has many problems both in theory and in practice. Thus, there have been, last I checked, a couple of dozen different definitions of species put forward by biologists. Ernst Mayr proposed the simplest: interfertility defines a species. That's something you can wrap your head around. But there are problems. What about species that reproduce asexually? Among sexually reproducing species, how can you tell whether or not two of the 400 different types of mussels are interfertile or not? As we know from pandas, captive breeding programs are tricky. And what about types of animals who are interfertile but seem worth differentiating, such as dog, wolves, and coyotes?

In general, naturalists just look at animals and decide. (Linnaeus's stroke of genius was that he concentrated upon the reproductive organs, which meant that he was getting some indication of interfertility that way.)

Indeed, it was while I was thinking about the Endangered Species Act and the issues surrounding specieshood during the biodiversity debates of the 1990s kicked off by Edward O. Wilson's campaign to save the rainforests that led me to try to ground the study of human biodiversity in something less woozy than the notion of race as subspecies. Instead, I reasoned, something we know exists for every human is a genetic family tree and a biological extended family. If we go back to thinking about racial groups as extended families, one given a higher degree of coherence and endurance by partial inbreeding, then we have a stronger, broader concept that can be used in vastly more human situations than in just trying to differentiate continental-scale racial groups by skin color in the post-1492 world.