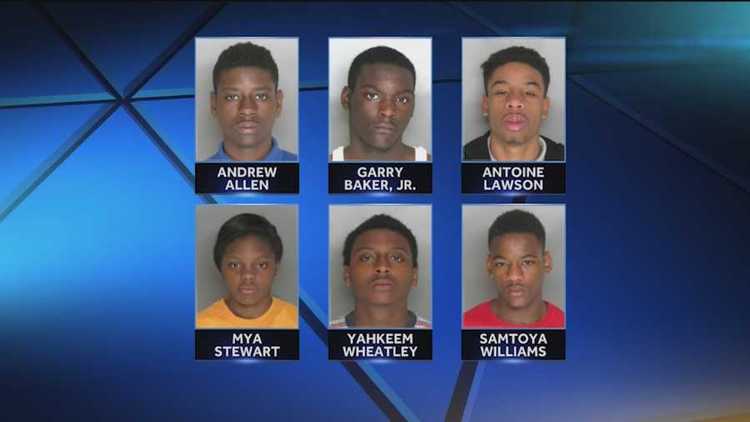 When I published my column on the nonblack "Talk" three years ago, the column that got me in trouble with the left, one thing people particularly objected to was my advice to, quote, "Do not act the Good Samaritan to blacks in apparent distress, e.g., on the highway," end quote.

It's rather easy to find examples of why this is good advice. You can pick a couple of news stories from pretty much any week. Here's one from this week.

The location here is the McDonald's on Flatbush Avenue in Downtown Brooklyn, New York City. Time: shortly after 3 p.m. Thursday, when the schools have just let out. Everyone involved here, including the Good Samaritan, is black.

Two teenage girls started fighting. Teenage boys crowded round, cheering the girls on. The Good Samaritan, an older black gentleman, tried to push through the crowd and break up the fight. The teenage boys all turned on him, beating and kicking him. The young man filming it all on his cell phone is shouting "Kill him! Kill him right now!"

Fortunately they didn't kill him. He was treated by medics at the scene, but not hospitalized. Still, it's a mighty scary video.

So I shall cheerfully repeat my advice of three years ago: Don't play Good Samaritan to blacks in trouble … even if you're black yourself.

I actually missed a few points of advice. Here's one I missed.

Richard Fletcher is white, 61 years old. He lives in Dundalk, a quiet suburb of Baltimore — yes, that Baltimore. Dundalk as a whole is only nine percent black. However, the high school near where Mr. Fletcher lives, Baltimore Community High School, is 89 percent black.

On the afternoon of April 22nd, again after school had let out, Mr. Fletcher looked out of his window and saw two black girls fighting on top of his car, being cheered on by a crowd of black teenagers. Mr. Fletcher went outside to ask the girls to stop. The crowd — CBS News says "dozens" of them — turned on him and gave him a savage beating.

Mr. Fletcher was badly hurt and ended up in hospital. He suffered broken eye sockets, a broken nose, broken ribs and a brain bleed. He now faces thousands of dollars in medical bills.

WBAL-TV reports five people, aged 15 to 17 (pictured above) have been charged with attempted first-degree murder for the attack, and one more person, age 17, with first-degree assault. All six also face robbery charges. All are students at that local high school.

So add another one to my list of advice items from three years ago: If you look out your window and see a crowd of blacks climbing around on your car parked outside, do not go out and try to stop them.

In fact, given the timing of those two incidents, I'll add yet another one: If you live near a high school that's 89 percent black, stay home with doors locked and curtains drawn when school's letting out.