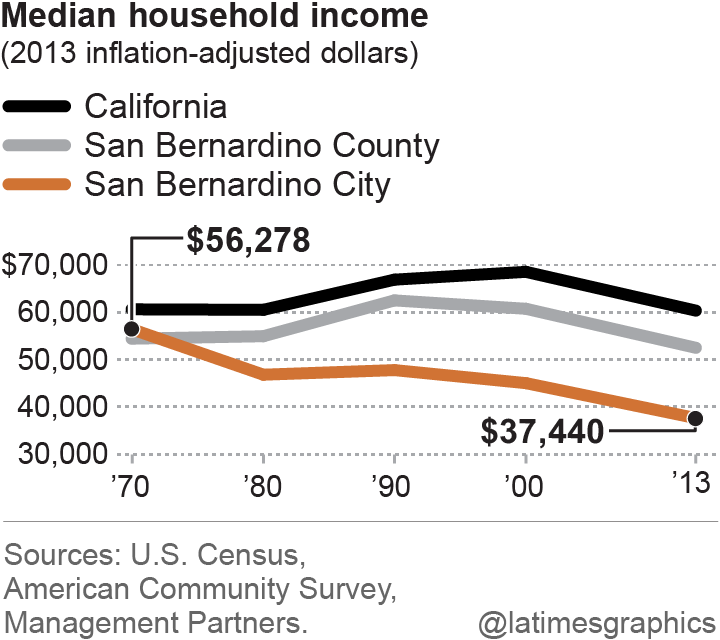 The city of San Bernardino, California is 78 miles inland from the Santa Monica Pier. It’s always been a tough town: San Berdoo is popularly associated with the founding of the Hell’s Angels motorcycle gang i the late 1940s, although that may have actually happened in nearby Fontana. On the other hand, motorcycle gangs are symptomatic of broad prosperity.

But now, from the Los Angeles Times:

San Bernardino, once a sturdy, middle class “All-America City,” is now bankrupt, the poorest city of its size in California, and a symbol of the nation’s worst urban woes.

Unlike the explosive push driving people from hollowed-out Rust Belt cities, San Bernardino’s economic implosion is sucking people in: immigrants, parolees, Los Angeles gang members and those like the Lopezes, who can’t afford to live anywhere else in California. 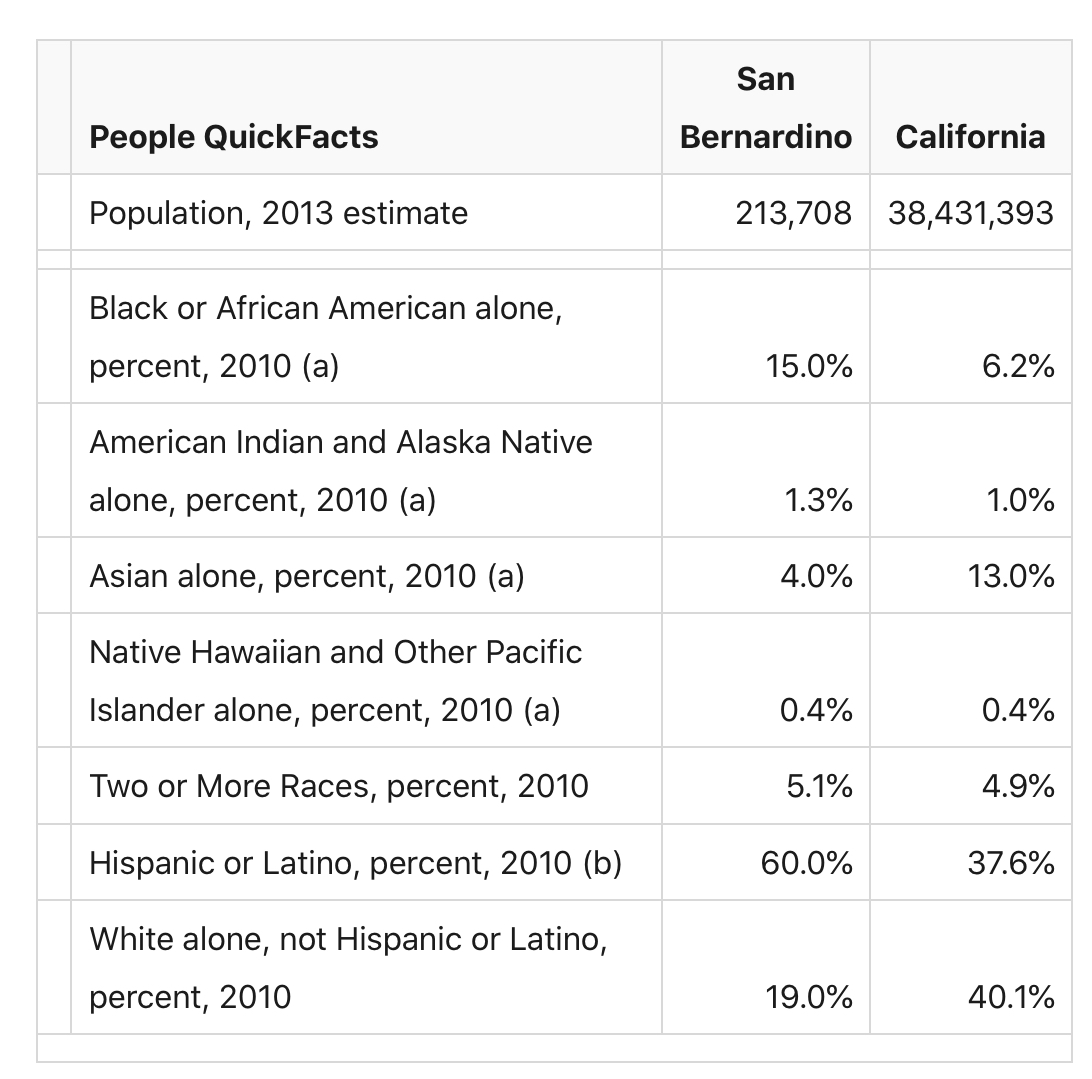 Keep in mind, the climate has actually improved over the last 35 years. Due to the prevailing wind blowing from off the ocean, San Bernardino is among the smoggiest places in Southern California. It still is, but the overall level of smog has declined so much since the introduction of catalytic converters in the mid-1970s that air pollution is much better.

San Bernardino is now fairly diverse, but a typical pattern is that going broke correlates with a city’s diversity. For example, the first city to go broke in California in the latest cycle was Vallejo in the San Francisco Area. Vallejo was traditionally among the most diverse places in the United States: Vallejo was the home of the amazing integrated funk rock band of the late 1960s, Sly and the Family Stone:

Can't load tweet https://www.youtube.com/watch?v=Jn2PNlhvy8E: Sorry, that page does not exist

But diverse cities tend to be especially prone to being ripped off by their public safety unions. As I wrote about Vallejo in VDARE in 2011:

Diversity makes public affairs ripe for exploitation by highly unified groups, such as the prison guards’ union and local firemen. [Michael] Lewis reported on how Vallejo’s fire department is an island of cohesion in a sea of anomie.

Moreover, because the vibrant residents of Vallejo tend to set their houses on fire more frequently than the duller residents of less diverse Northern Californian communities, the Vallejo FD attracted some of the most gung-ho firefighters from all over the region.

Not surprisingly, the Vallejo fire department—a rare institution in Vallejo with a high degree of what Harvard political scientist Robert D. Putnam calls “social capital,” or espirit de corps among its employees—managed to outmaneuver the divided and listless citizenry in grabbing a slice of the pie bigger than could be afforded by the populace’s mediocre ability to generate wealth.