From Management Science, via Marginal Revolution:

Abstract Failure to express minority views may distort the behavior of company boards, committees, juries, and other decision-making bodies. Devising a new experimental procedure to measure such conformity in a judgment task, we compare the degree of conformity in groups with varying gender composition. Overall, our experiments offer little evidence that gender composition affects expression of minority views. A robust finding is that a subject’s lack of ability predicts both a true propensity to accept others’ judgment (informational social influence) and a propensity to agree despite private doubt (normative social influence). Thus, as an antidote to conformity in our experiments, high individual ability seems more effective than group diversity.

An example of ability in action in overriding a wrong consensus: The commission looking into the Challenger shuttle explosion in 1986 was supposed to be a quasi-cover-up, but some engineers who knew what really had gone wrong got to the great Richard Feynman and persuaded him to drop an O-ring into a glass of ice water on national TV.

Somehow, I don’t think that would have happened if Feynman’s seat on the commission had been given instead to, say, a young Condi Rice in the name of diversity.

The disastrous Iraq War decision of 2001-2003 provides an interesting case study of demographic diversity in group decision-making, in that the top two foreign policy appointees, Secretary of State Colin Powell and National Security Adviser Condi Rice, were the products of the GOP inner circle’s affirmative action campaign of recent decades to find some black talent willing to align with the Republican Party and then promote them repeatedly.

In defense of Powell and Rice, I doubt if either would have come up with the idea for the Iraq Attaq on their own. They never seemed enthusiastic for it like Cheney, Rumsfeld, Wolfowitz, and Feith did. Powell put up some resistance to the war in 2002. (When Rice replaced Powell in 2005, her performance was cautious and chastened.)

But, ultimately, both of them, despite their initial common sense, caved in on Iraq and went along to get along.

I wouldn’t be surprised if that’s a general pattern: affirmative action appointees promoted in the interest of “diversity” tend to be conformists, and thus we get the opposite of what is promised: instead of far-ranging arguments over the merits of proposals, we get less debate and more conformism.

The Supreme Court’s 2003 Grutter decision on college admissions elevated “diversity” as a compelling state interest that would allow public universities to override the 14th Amendment’s “equal protections of the laws” language. “Diversity” was claimed, based on the usual non-replicable studies, to improve classroom discussions for everybody.

Personally, I’m more sympathetic to the idea of racial quotas as reparations, but just for two finite groups: descendants of black slaves in the United States and registered members of American Indian tribes. In contrast, the diversity ideology corrupts the social sciences and is unlimited in potential extent as ever more immigrants choose to move to America, where they become legally privileged as providers of Diversity. Plus, there’s absolutely no let-up in reparations propaganda. 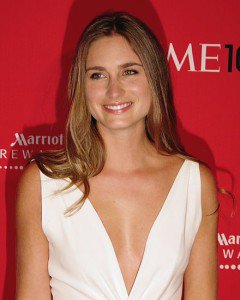 So, let’s just say that the descendants of American slaves and official tribe members get reparations in the form of racial preferences and drop the Diversity charade.

Covert reparations in the form of gender preferences make very little sense at all, because deprivation is hardly passed down the generations. Lauren Bush Lauren, for example, is the granddaughter of a president and the daughter-in-law of a billionaire. That women suffered career discriminations 60 years ago hardly deprives her life today.