Diversity Demagoguery: White Guys Are Best at That, Too

A week ago, the NYT ran an opinion piece by Judith Shulevitz making fun of the “safe space” movement on college campuses

In College and Hiding From Scary Ideas

… keeping college-level discussions “safe” may feel good to the hypersensitive, it’s bad for them and for everyone else. People ought to go to college to sharpen their wits and broaden their field of vision. Shield them from unfamiliar ideas, and they’ll never learn the discipline of seeing the world as other people see it. They’ll be unprepared for the social and intellectual headwinds that will hit them as soon as they step off the campuses whose climates they have so carefully controlled. What will they do when they hear opinions they’ve learned to shrink from? If they want to change the world, how will they learn to persuade people to join them?

Only a few of the students want stronger anti-hate-speech codes. Mostly they ask for things like mandatory training sessions and stricter enforcement of existing rules. Still, it’s disconcerting to see students clamor for a kind of intrusive supervision that would have outraged students a few generations ago. But those were hardier souls. Now students’ needs are anticipated by a small army of service professionals — mental health counselors, student-life deans and the like. This new bureaucracy may be exacerbating students’ “self-infantilization,” as Judith Shapiro, the former president of Barnard College, suggested in an essay for Inside Higher Ed.

This week the NYT ran eight letters in response. Here’s one that I thought at first had to be a prank because it’s such a perfect piece of Obama Era demagoguery:

Judith Shulevitz’s article about safe spaces on college campuses is a direct assault on my generation and what we find important. My generation has embraced the ideas of safe spaces and safe language. Without these, many victims of trauma or discrimination would be excluded from campus discussions that seek to cultivate and strengthen campus intellectual life. Truly open-minded intellectual growth desperately needs the participation of these groups.

Not all ideas are created equal. Some ought to be unreservedly condemned; consideration of such ideas is not at all helpful in bolstering campus intellectual life. The current generation of college students has denied validity to the failed ideas of the past. We have embraced the knowledge and empathy of the present. We are shaping the wisdom of the future.

The writer is a senior at Stony Brook University. 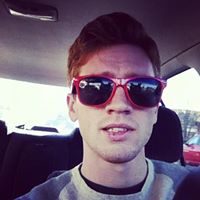 Watch your back, Uncle Tim Wise, there’s a new sheriff in town: Andrew Meerwarth. That letter is pretty awesome even if, as it appears, young Mr. Meerwarth is sadly sincere.

Anyway, this just shows that the White Male Menace will never go away. Just as we have brogrammers, now we have a bropagandist. Some white guy can be a total true believer in Multicult propaganda, and still make the Unprivileged look bad by being better at extruding Diversity Demagoguery than they are.