Displaying the National Flag Upsets Some in Britain (and Elsewhere)

In Britain, some people object to seeing the flag of the nation being flown nearby. A diverse fellow in the video below asks how Brits would feel if he flew a Caribbean flag by his home — completely ignoring the fact that he is residing in Britain, not the island where his loyalties obviously lie.

Well, fortunately we don’t have that sort of post-national political correctness in America.

Oh, wait. The American flag has is now considered objectionable in California, and young citizens are not allowed to wear flag-emblazoned clothing to Live Oak High School in Morgan Hill on certain days, i.e. Cinco de Mayo. (See background at Crazy Mexifornia, May 5, 2010.) 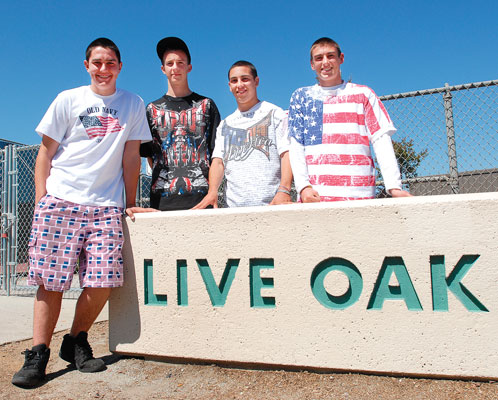 A Morgan Hill high school principal reasonably feared violence on campus when he saw a group of students wearing American flags on their shirts on Cinco de Mayo, and he did not violate their freedom of speech by telling them to turn the shirts inside out or go home, a federal judge has ruled.

Citing past clashes between Mexican American and Anglo students over their clothing on the Mexican holiday, Chief U.S. District Judge James Ware of San Francisco said school officials “reasonably forecast that (the shirts) could cause a substantial disruption” and were entitled to take steps to prevent it.

While the Supreme Court has ruled that public school students have the right to engage in nondisruptive free speech, that ruling “does not require that school officials wait until disruption occurs before they act,” Ware said in his ruling Tuesday dismissing the students’ lawsuit.

Bill Becker, a lawyer for the youths and their parents, said they would appeal “this bizarre ruling.”

The case arose in an ethnically charged atmosphere at Live Oak High School. On the previous Cinco de Mayo, Ware said, a group of Mexican-American students walked around with a Mexican flag, and a group of Anglo students responded by hoisting a makeshift American flag up a tree, chanting “USA” and exchanging profanities and threats with the Latino youths.

When three students showed up on May 5, 2010, with U.S. flag images on their shirts, the judge said, an assistant principal asked them to remove the shirts or turn them inside out, and ordered them to his office when they refused. After a 90-minute session with the students, two others wearing similar shirts and one parent, the principal sent two of the youths home for the day.

Their lawsuit accused school officials of violating the standard that the Supreme Court set in 1969 when it upheld students’ right to wear black armbands to class, in a silent protest against the Vietnam War, and said schools can suppress student expression only when it threatens to disrupt the educational process.

The flag-bearing shirts caused no disruption, the students’ lawyers said, and school officials were not entitled to interfere just because they believed “the patriotic message may offend some students.” They also said the school allowed Mexican-American youths to wear colors of the Mexican flag that day.

But Ware said post-1969 rulings by federal courts have deferred to school officials’ conclusions that certain types of student expression could endanger the speakers – for example, decisions by three appellate courts upholding bans on the Confederate flag in schools with histories of racial tension.

Before the Live Oak students were sent home, the judge said, all of them encountered hostility from other students about their clothing, and all acknowledged to the assistant principal that they might be in danger but said they were willing to take their chances.

Ware also rejected the students’ claim of discrimination. There was no evidence that youths who wore Mexican flag colors were in danger, he said, and “all students whose safety was in jeopardy were treated equally.”