Did You Know Two Black Teens Just Gunned Down A White Store Clerk And Mother 15 Minutes Before Her Shift Ended? Thought Not

She was performing the role an immigrant is expected to do in 2016 America.

After all, why would a white person work in such a vocation as a convenience store clerk, when these positions are supposed to go to down-on-their-luck immigrants merely trying to better themselves and live the American Dream?

What kind of absolute loser, what kind of white trash would work such a remedial job?

Well, the kind of white person whose individual contribution once built a nation.

The kind of white person whose execution is hardly a news item worthy of mentioning outside of the backwards town she called home.

After all, what self-respecting white person hasn't sacrificed the future for their children just so some 3rd world immigrant can perform the duty of being a gas station clerk?

The Mapco where a clerk was shot and killed is still closed for now. The only person around is a security guard.

However, people who knew the clerk are still reeling while police hunt for the second suspect after the first suspect was turned into police by his own parents.

"When I heard about it this morning, my heart broke for her just knowing that could have been me," coworker Nicole Harville said.

The clerk was shot multiple times at approximately 5:30 a.m. Monday at the Mapco gas station on Highway 72 East.

She later died from her injuries. Police confirmed the victim was 43-year-old Christine Ledlow.

Coworkers added that she was just 15 minutes from the end of her shift when the shooting happened.

Corinth Police Department said it received dozens of tips about the two suspects.

Within an hour, they had tips and within five hours, a suspect was behind bars. 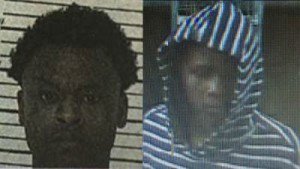 One is in custody, the second suspect is still at large

The police chief contacted the parents of one of the suspects. Those parents brought the 17-year-old to the police station. The second suspect is still at large.

Corinth Police Chief Ralph Dance said two teens went into the store to rob it. He believes the teens panicked and opened fire when the clerk hit the panic button. He does not believe the shooting was gang related.

"They had no reason to kill her. She put her hands up. She would have given them anything in the store,” one Corinth native said.

Ledlow's coworkers said she'd been working at the convenience store for six years. They noted that many people see her every morning and get a cup of coffee. They said Ledlow was well-liked around town.

"It’s disturbing,” Police Chief Ralph Dance said. “You don't want to think people are that cold-hearted. She has a family. She is a hard working lady. For someone to gun her down for no reason for money that they didn't even take.”

As the coworkers stood outside the gas station Monday, they said the store will never be the same.

Ledlow's daughter posted a heart wrenching tribute to her mother on Facebook.

It's a tribute to a woman she describes as beautiful, her biggest supporter and someone who is now looking down on her from heaven and smiling. [Emphasis added.]

Fifteen minutes away from clocking out and then two black males walk in to her store.

And only fifteen minutes away from clocking out, Christine Ledlow would never again leave the store to see her children.