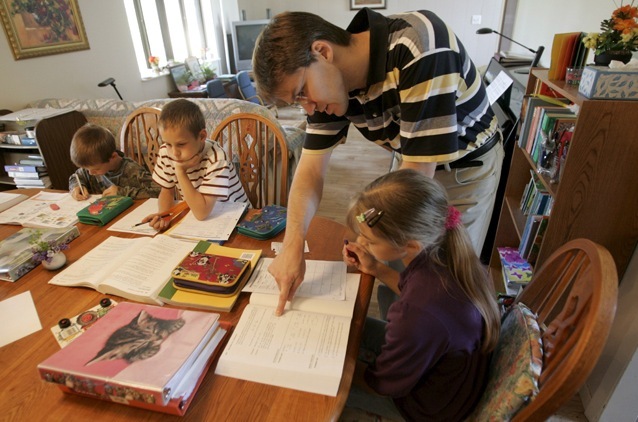 The hopes of the Romeike family of homeschoolers to remain in America seemed to have crashed and burned on Monday when the Supreme Court declined to take their asylum case, but on Tuesday the DHS intervened to allow them to stay indefinitely as long as they remain law abiding.

It’s rare to see the government act properly on asylum cases, where bureaucrats often twist the law into pretzels to admit dangerous criminals and obvious frauds. But the Romeike family are clean-living Christians who only want to educate their kids away from the clutches of German state schools that push objectionable values. 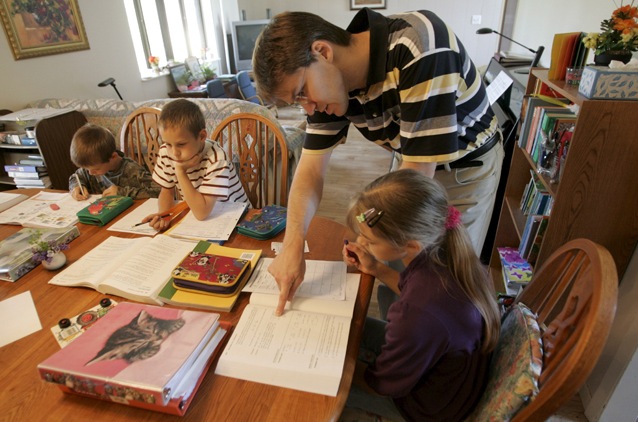 The video report below comes from last May when a lower court denied the family asylum and it provides some background on the case. In Germany, parents who homeschool may be separated from their children and even jailed. In America, the practice is legal in all states and is becoming more common, with around two million students.

There’s not a lot of happy endings in immigration stories these days, but this is surely one.

A German home-schooling family that was facing deportation by U.S. authorities will be permitted to stay here indefinitely, the leader of a national home-school support group said Tuesday.

“This is an incredible victory that I can only credit to Almighty God,” Michael Farris, chairman of the Home School Legal Defense Association (HSLDA), said on the group’s website Tuesday afternoon.

Mr. Farris said the Department of Homeland Security (DHS) verbally informed his office that Uwe and Hannelore Romeike and their six children were being granted indefinite deferred-action status.

This means “the order of removal would not be acted on” and the Romeikes, who live in Tennessee, can stay in America, HSLDA said.

Calls to the DHS to confirm the status were not immediately returned Tuesday.

Mr. Romeike said Tuesday he was extremely grateful for the support his family has received from Americans.

“As long as we can live at peace here, we are happy,” he said. “I wouldn’t have minded staying in Germany if the mistreatment targeted only me, but our whole family was targeted when German authorities would not tolerate our decision to teach our children. That is what brought us here.”

Tony Perkins, president of Family Research Council (FRC), praised Mr. Farris and his efforts to build a network of homeschool families who support the rights of families like the Romeikes to teach their own children.

If rights can be taken away elsewhere, it can happen here, Mr. Perkins said.

The federal government’s reversal on the Romeikes is likely due to political considerations, Mr. Perkins added on “Washington Watch,” FRC’s daily broadcast. The administration “saw the political fallout” that was likely to come with trying to deport the family and reversed course, he said.

The Romeikes were in the news Monday when the Supreme Court declined, without comment, to consider the family’s petition to have their immigration case heard.

The devoutly Christian family came to America in 2008 after being threatened and fined for disobeying German rules requiring all children to attend a state-approved school.

The family was initially granted asylum by a U.S. immigration judge. But an immigration panel later overturned the ruling when the federal government objected. The 6th Circuit Court of Appeals upheld the decision denying them asylum, which now stands as the final decision.

The DHS decision to intervene to stop deportation in a case where a family has lost all their legal appeals is “extraordinarily unusual,” said Benjamin Bull, chief counsel of Alliance Defending Freedom, which has joined HSLDA in defending the Romeikes in France, Germany and the United States.

If deported to Germany, the Romeike parents faced jail time and their children would be put in foster care, said Mr. Bull. “My guess is that somebody apparently in the [Obama] administration woke up and realized that this family would be separated and the parents would go to jail for not committing any crime, but simply educating their kids at home or opting them out of classes that violated their religious beliefs.”

Now “the real test will be follow-through,” added Mr. Bull. “What happens next week, next month and next year?”