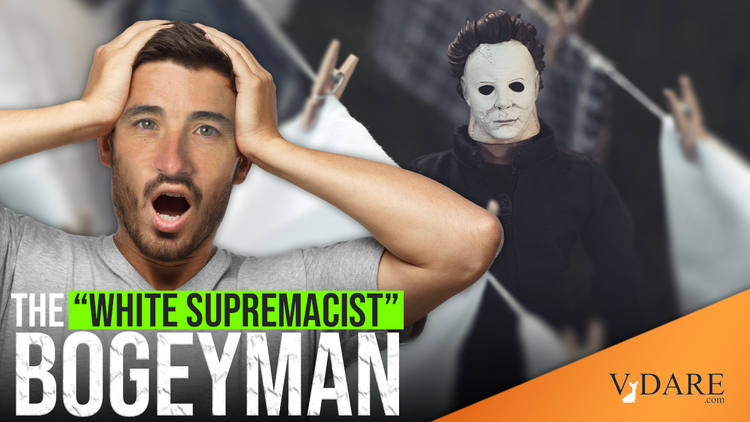 Previously: Biden, Wallace, Media Rout Trump With “White Supremacy” Bogeyman—Helped By His Own Appointees. It’s His Fault, For Quarrelling With Ann Coulter

The press continues to rip into President Trump for his alleged enabling of “white supremacist” terrorism--and his own administration continues to fortify these dubious claims.

The Department of Homeland Security announced Tuesday white supremacists present “the most persistent and lethal” threat to the nation in its latest threat assessment [DHS: White supremacists are the most lethal domestic extremist threat, by Bill Gerts and Stephen Dinan, Washington Times, October 6, 2020]. This line directly contradicts what Trump said in the presidential debate last week and the obvious facts on the ground. White supremacists aren’t the ones burning down Portland, Seattle, Minneapolis, and Kenosha. It’s Antifa and Black Lives Matter. Even crooked FBI director Christopher Wray recently admitted the majority of political violence in 2020 comes from “anti-government extremists”--the government’s deceptive label for most left-wing terrorists.

The DHS report does mention the threat from “anarchists,” but it still considers white supremacists a bigger problem. “I am particularly concerned about white supremacist violent extremists who have been exceptionally lethal in their abhorrent, targeted attacks in recent years,” DHS acting secretary Chad Wolf said in the report.

On top of this insulting threat assessment, DHS announced over the weekend it would be giving millions away to left-wing nonprofits who “track” so-called right wing extremists. Fortunately, none of the money goes to the $PLC or the Anti-Defamation League, but the smaller nonprofits who receive the government largesse aren’t necessarily better [Homeland Security to Grant Millions to Groups to Combat White Supremacists and Other Extremists, Rachael Levy and Dan Frosch, Wall Street Journal, October 3, 2020].

I wrote in my latest article that Trump must pull Wolf’s nomination and find someone who can focus on the real national threat. These latest actions prove how essential it is that Wolf does not become permanent DHS secretary.