Dennis Prager, An Observant Jew, Says, "OF COURSE There's A War On Christmas!" 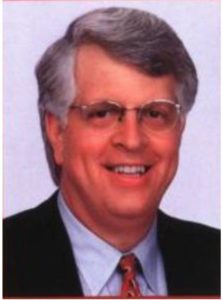 At VDARE.com, timely coverage of the War on Christmas can even linger a bit after Christmas.  So it still seems worthwhile to direct readers' attentions to Dennis Prager's five-minute video from late November, Just Say "Merry Christmas".

Prager—a Jew who is observant but not Orthodox—is a long-time talk-radio host in Los Angeles (nationally syndicated) and a prolific author.  A few years ago, dismayed by the decline of U.S. universities into septic anti-Americanism, he established the online "Prager University" of five-minute-video "courses."  As is explained at the site:

The greatest threat to America is that most Americans don’t know what makes America great. PragerU's mission is to explain and spread what we call “Americanism” through the power of the Internet. Our five-minute videos are conservative sound bites that clarify profoundly significant and uniquely American concepts for more than 100 million people each year.

We take the best ideas from the best minds and distill them down to five focused minutes. We then add graphics and animation to create the most persuasive, entertaining, and educational case possible for the values that have made America and the West the source of so much liberty and wealth.

Prager himself is presenter of 35 of the videos (out of currently more than 150), and Just Say "Merry Christmas" is a strongly personal one.  He starts out:

But the "Happy Holidays" advocates want it both ways.  They dismiss opponents as "hysterical," but at the same time, in addition to replacing "Merry Christmas" with "Happy Holidays," they have relentlessly pushed to replace "Christmas vacation" with Winter Vacation" and "Christmas Party" with "Holiday Party."

Further along in the video, which already has nearly 2.4 million views as I write this, Prager notes that when greeted with "Happy Holidays!", he typically replies "Thank you.  Merry Christmas!".  And he predicts, "Activists on the Left will eventually seek to remove Christmas as a national holiday."

But for VDARE.com readers, long familiar with reporting here about War-on-Christmas denial, the key passage in Prager's heartfelt video comes at about 1:40, when he says, bluntly:

The remaining three-and-a-half minutes of video address other, closely-related themes, and the entire production is well worth watching. 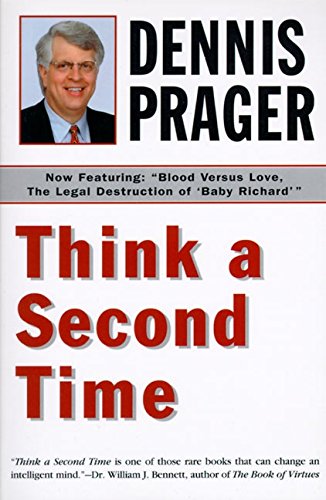 Prager is no Dennis-come-lately on this subject.  In his 1996 book of writings Think A Second Time (which I'd previously quoted from here), there's the memorable, very short essay A Jew's Thoughts On Christmas, which includes this:

I enjoy observing Christians celebrate their Christianity.  For a Jew rooted in Judaism, Christians rooted in their identity are a blessing, not a problem.  In the religious Jewish home in which I grew up, my family sat, the males wearing our yarmulkes (skullcaps), and watched the midnight Mass televised from the Vatican every Christmas Eve.  The more secure a Jew is in his Judaism, the less likely he is to feel threatened by Christians practicing their Christianity

And what is wrong with being reminded that because we are members of a minority religion, we are a bit "out of it"?  I like being different, and I bless America for enabling me to celebrate my distinctiveness.

[R]ather than dread the Christmas season, I welcome it.  What this Jew does dread is an America that ceases to celebrate Christmas.