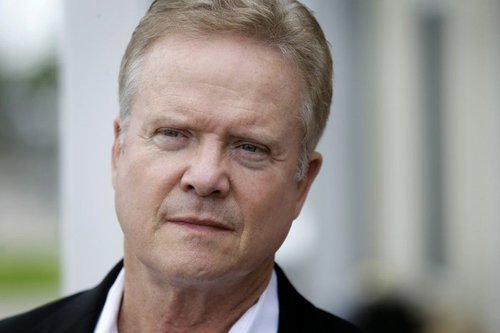 I suppose this is one of those cases where the Democrats are doing a job Republicans just won't do.

First, Jim Webb (above) who is also running for President of the United States.

Webb, who is exploring a 2016 presidential campaign, wrote on Facebook that the flag “has wrongly been used for racist and other purposes in recent decades. It should not be used in any way as a political symbol that divides us...”

“Honorable Americans fought on both sides in the Civil War, including slave holders in the Union Army,” and “many non-slave holders fought for the South,” he wrote. “This is a time for us to come together, and to recognize once more that our complex multicultural society is founded on the principle of mutual respect.”

Webb's position is nuanced, thoughtful, and grounded in his long record of thinking, writing, and speaking on the issue. Of course, contemporary politics is based on jumping on whatever phony issue is created, repeating insincere slogans, and claiming you are a good person because you retweeted a hashtag. He's out of step on this issue, as the Post sneers,

He is also known for saying what he thinks, regardless of political expediency. That outspokenness, and his opinions on the Confederate flag issue, could be a stumbling block if he enters the Democratic primaries.

Another former Democratic politician has stepped forward, Ben Jones, who played the character "Cooter" on the Dukes of Hazzard TV series and was a Congressman from the state of Georgia from 1989 to 1993. 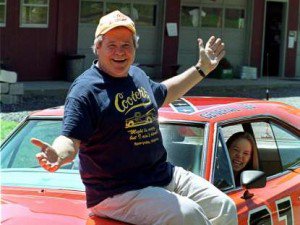 In a Facebook post on the page for his store late Tuesday, Jones called the flag a symbol of the spirit of independence. The flag represents the values of the rural South including courage, family and good times, he wrote.

"We are the same good people today that we were last week and last year and we are not going to be shamed into turning our backs on our heritage," he wrote.

Meanwhile, Republicans are piling all over each other in an attempt to disown the flag, not that it will do them any good.