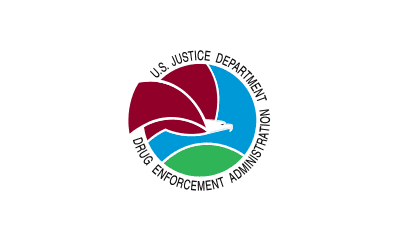 “Earlier this year, DEA joined forces with FBI and the New Rochelle Police Department to dismantle a drug trafficking organization operating in Westchester and Fairfield Counties.  By shutting down this family-run methamphetamine operation, lives will be saved, " said DEA New York Special Agent in Charge James J. Hunt..  "I applaud the efforts of our law enforcement partners and the US Attorney’s Offices Southern District of New York and District of Connecticut.”

“DEA is committed to investigating and dismantling large-scale poly drug trafficking organizations like this one operating in the Bridgeport, Connecticut, area.  As we all know, drug trafficking, along with the gun and physical violence that often accompanies it, ravages the very foundations of our families and communities," said DEA New England Special Agent in Charge Brian D. Boyle.  "This investigation demonstrates the strength of collaborative local, state, and federal law enforcement efforts to seek and bring to justice anyone who engages in these crimes.”

“Our Office is committed to ridding New York neighborhoods of highly addictive and extremely dangerous drugs," said Manhattan U.S. Attorney Geoffrey S. Berman.  "And we will continue to help coordinate our efforts with other U.S. Attorney’s Offices and local and federal law enforcement agencies.”

“We allege that these individuals were responsible for bringing significant amounts of cocaine and methamphetamine into our state,"  said Connecticut U.S. Attorney John H. Durham.  "I thank our federal, state and local law enforcement partners for their diligent efforts in these cases, and our counterparts in the Southern District on New York for coordinating with us in these investigations and today’s take down of the most significant members of this organization.”

“The distribution of illegal narcotics continues to be a scourge on our communities.  As alleged, these defendants profited from trafficking cocaine and methamphetamines at the expense of those subjected to all the negatives wrought by these substances," said FBI Assistant Director-in-Charge of the New York Field Office William F. Sweeney.  "Today’s charges should serve as a reminder that the FBI, through our Westchester County Safe Streets task force, will continue to target these offenders and the impact they are having on our communities.”

“Despite the ongoing battle against the opioid crisis in our communities, this indictment should make it abundantly clear that we at the FBI, along with all of our law enforcement partners, have not lost sight of the other illicit drugs and those that traffic them,"  said FBI Special Agent-in-Charge of the New Haven Office Brian C. Turner . "Together we will continue to pursue those that seek to pollute our communities.”

“This is another example of the excellent work being performed by the joint federal, state and local drug enforcement task forces operating in Westchester and Fairfield Counties," said FBI Special Agent-in-Charge of the New Haven Office Brian C. Turner.  "The City of New Rochelle and the New Rochelle Police Department thank our law enforcement partners in this operation for their exceptional efforts and invaluable assistance in removing a significant number of dangerous drug traffickers from the streets of our city.”

As alleged in the Indictment unsealed today in White Plains federal court:

As alleged in the Indictment unsealed today in New Haven federal court:

From March 2018 through June 26, 2018, Rafael Lopez-Macias, aka “Rafa,” aka “Martin Sanchez,” Jaime Lopez, aka “Compa,” and Juan Carlos Figueroa, aka “Chaito,” conspired to distribute 500 grams or more of powder cocaine.  In addition, on June 26, 2018, Rafael Lopez-Macias possessed with intent to distribute 500 grams and more of methamphetamine, and on June 7, 2018, Jaime Lopez possessed with intent to distribute a quantity of cocaine.

Mr. Berman and Mr. Durham praised the outstanding investigative work of the FBI, DEA, the Connecticut State Police, and the New Rochelle, Norwalk and Stamford Police Departments.  Mr. Berman also thanked the U.S. Immigration and Customs Enforcement’s Homeland Security Investigations for their assistance and the U.S. Attorney’s Office for the District of Connecticut for its ongoing coordination in the case.

This case is also the result of the ongoing efforts by the Organized Crime Drug Enforcement Task Force a partnership that brings together the combined expertise and unique abilities of federal, state and local law enforcement agencies.  The principal mission of the OCDETF program is to identify, disrupt, dismantle and prosecute high level members of drug trafficking, weapons trafficking and money laundering organizations and enterprises.

The charges contained in the Indictments are merely accusations, and the defendants are presumed innocent unless and until proven guilty.