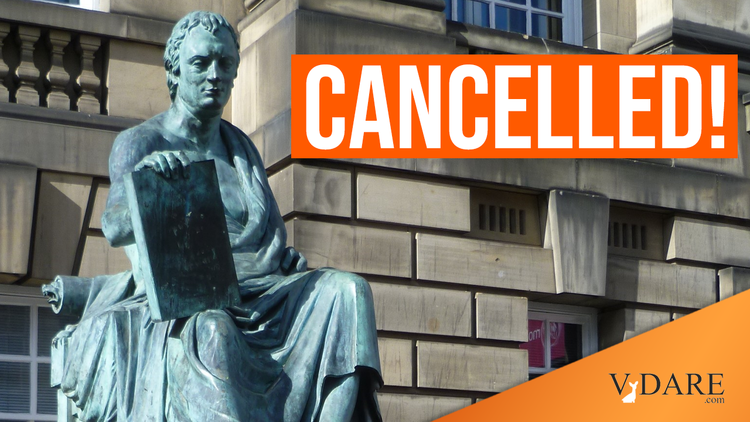 From an official webpage of the U. of Edinburgh:

Equality, Diversity and Inclusion – an update

… From the start of the new academic year the David Hume Tower will be known as 40 George Square.

… The interim decision has been taken because of the sensitivities around asking students to use a building named after the 18th century philosopher whose comments on matters of race, though not uncommon at the time, rightly cause distress today.