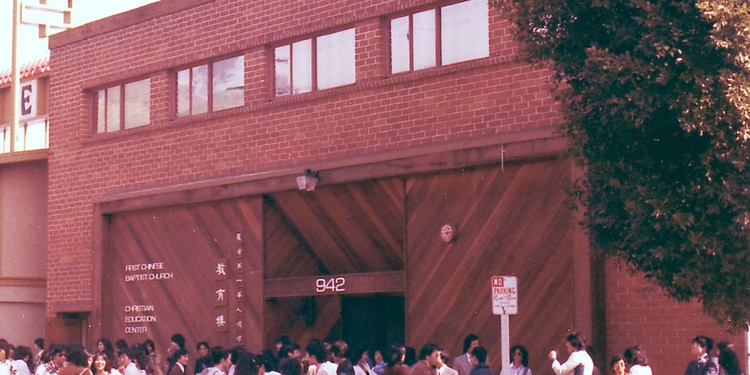 Self-defense trainer John Farnam has a story from the 1980s about an Immigrant Mass Murder shooting that was stopped in progress by an armed man.

A disgruntled, former member of the church, armed with a handgun (1911) and several spare magazines, showed up just minutes before the morning worship service was about to begin. He walked up the aisle and immediately murdered the church's senior deacon, an assistant pastor, and one parishioner. Two victims were dead at the scene. The third died that evening at a nearby hospital. All shots were to the head at contact distance or nearly so.

There were 350 other worshipers seated in the sanctuary that Sunday morning, among whom was an off-duty Los Angeles County Sheriff's Deputy, Donald Leverence, who was attending with several friends.

The perpetrator, Dang Bong Jow, described by church officials who knew him personally as 'emotionally disturbed,' was then shot and killed by the heroic deputy, who, using his service pistol, stood up in his pew and fatally wounded Jow.

Jow was DRT. [DRT=equals Dead Right There, Farnam's slang for someone stopped solidly enough that they weren't even DOA.] Leverence was unhurt.[More]

When these shootings are stopped, they're usually stopped by armed men. Dang Bong Jow could have killed 35 people if, like Virginia Tech shooter Seung-Hui Cho, he'd been unopposed.

So it's a gun control story—Los Angeles has savage and ruthless gun control, and Deputy Donald Leverence and Dang Bong Jow were probably the only two people with guns in the congregation.

It's also an insanity story. Dang Bong Jow had been showing signs of paranoia for six years before going on a rampage, but being dangerously insane is now a civil right, thanks, as Farnam mentions in another item, to the attitude represented by  One Flew Over The Cuckoo's Nest.

"Milos Forman's 1975 feature film, 'One Flew Over the Cuckoo's Nest,' starring Jack Nicholson, based on Ken Kesey's 1962 novel of the same title, made a clever and passionate case against in-patient care for the chronically mentally-ill.

That side of the argument eventually prevailed!"

That's why Kathy Shaidle says that Cuckoo's Nest villainess Nurse Ratched is her hero. Not only should the guy in the movie have been locked up, but there's a case for locking up the actor who played him.

However, what this isn't, in the press's view, is an immigration case. I'm making the assumption that a man named Dang Bong Jow in 1985  was born in China, because if he'd been an American-Born Chinese in the 1950s, he'd have been named something like "Henry."

And you can't deport a weird, dangerous foreigner just because he's gone crazy, can you? No, you can't. So you get Immigrant Mass Murder shootings, and the only thing you can do about them is be prepared to shoot back.