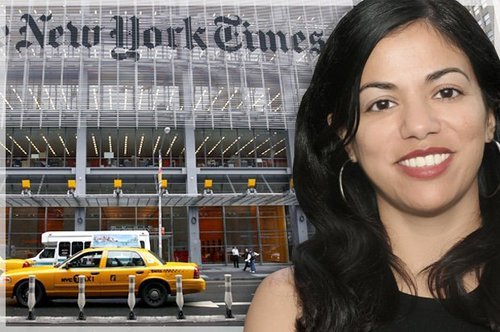 Daisy Hernandez And The Rise of the Lumpenintelligentsia

The rise of the lumpenintelligentsia is a major development of Internet Age journalism. Below from Salon is a self-portrait by somebody named Daisy Hernandez of a modern Salon-type scribe in all her self-absorption, racism, sexism, wounded amour propre, dimwittedness, and general cluelessness.

My theory is that the rise of lumpenintellectuals like Ms. Hernandez is tied to the relative rise of advertising revenue relative to subscription revenue. For example, I pay a not insubstantial $3.75 per week to subscribe to the New York Times, but Slate, Salon, The Atlantic and other clickbait sites are advertiser-supported.

Latina, at the white, male New York Times: “Why are people thinking it’s OK to say racist sh-t in front of me?” 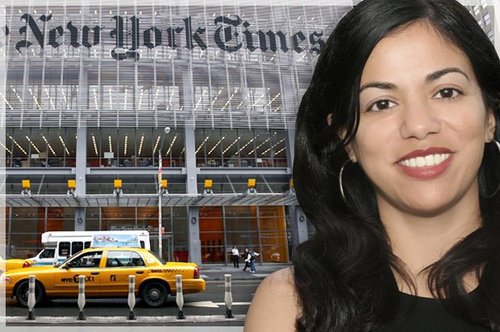 Excerpted from “A Cup of Water Under My Bed: A Memoir”

I didn’t think white people got jobs the way Latinos did, just by talking to each other. But they do, and that’s how it happens for me. My first big job as a writer.

It’s the end of a graduate journalism class at New York University. The room fills with the familiar cacophony of a class ending: chairs scraping floors, students unzipping bags, murmurs about lunch and papers due. The professor, a thin, white woman, fastens her eyes on me.

“An editor at the New York Times is looking for a researcher for a book she’s doing on women’s history,” she says, matter-of-fact. “I thought of you. You write about feminism.”

I smile politely, uncomfortably. I’m twenty-five and writing for Ms. magazine, but I don’t consider myself someone who writes about feminism. That sounds like work other people do, people who are rich or famous or smart. I’m not a boba though. I have spent enough time around white women to know it’s better to not argue with them.

When I meet the editor, I like her immediately. … Months later, I e-mail Gail an opinion piece I wrote for an online wire service and she shoots back: “Oye, you should apply for this internship here in the editorial department.” …Oye, and just like that I send my resume, which now includes research on indigenous maxi pads, to the editor at the Times hiring interns, even though I have no idea what an editorial is. That’s right. I am twenty-five, I am writing for a national magazine, I have been in journalism school, and I do not know what an editorial is.

I want to say that it’s never come up, that no one has ever talked to me about editorials. But they probably did, and I didn’t know what it was, and as I’ve been doing since I was in kindergarten, I probably acted like I knew what they were talking about and promptly forgot it.

… A friend has told me to look at the left side of the last page, at the short paragraphs stacked like shoe boxes in a closet.

The writing carries no byline. It’s monotonous, and I realize why I don’t know what an editorial is. I’ve never made it past the second line.

My feelings, though, are irrelevant. This is the New York Times. They have Maureen Dowd and stringers all over the world, including countries I have to find in the Britannica encyclopedia. If I get the internship, they won’t actually let me write

My first idea for an editorial is straightforward, a no-brainer really. I think the New York Times editorial board should urge President Bush to grant Colombians [like her relatives] political asylum in the United States. …

The other discovery I make is about white people.

One of the editors, a skinny man who I’ll call Mr. Flaco, listens to my initial idea for an editorial about granting Colombians asylum. “Why Colombians and not another group of people?” he asks, patronizingly. “If you open the door for them, do you open the door to every other country with internal conflicts?”

Mr. Flaco’s questions are rational, but they also feel odd somehow. When I board the bus for Jersey, I’m still thinking about what he asked. …

Do you open the door to every other country with internal conflicts?

It’s true that Colombians are not the only ones in need of asylum. It is every group from practically every country where the United States and Europe have at some point staked a claim on land. From the perspective of here, which is to say from the perspective of the United States, of this skinny editor, of people who have power, Colombia is not as devastated as Rwanda or even as El Salvador was in the eighties. Colombians are suffering, yes, but not as much.

There is a hierarchy of pain, and it is no longer confined to the pages of my college textbooks about political theory. It is here in Mr. Flaco. Pain in and of itself is not enough. It matters how many are dead, how many wounded, over what period of time, how much public outrage there is in the West. The pain has to be significant in relationship to those in power. …

Realizing this does not depress me. I consider it a discovery, because it feels that way, like I have entered the collective mind of white people with political power everywhere and managed to see one of the strange rituals by which they reproduce. This, I can only imagine, is how Darwin must have felt.

Because it’s the beginning of summer, NPR has an obligatory story about the high number of girls who are going to tanning salons. I listen to this while lying in bed next to my girlfriend, who frequents these salons, and with my idea for getting Colombians political asylum stalled, I suggest writing on the evils of the fake tan.

Mr. Flaco loves it. White men can always be counted on to agree that girls do crazy things in the name of beauty and that they need to be chastised. Who better than to scold teenage girls than a young woman herself ? …

Mr. Flaco is curious to hear what I might want to write about a new report showing that boys are being left behind in education. Nervous, I stumble through my pitch about how it’s not all boys.

It is black boys and teenagers. “Racism,” I begin, “has, you know, shaped the expectations the kids have of themselves and that teachers have of them.”

“What’s going to be your recommendation?” he asks, a smile dancing at his lips. “Tell teachers to raise their self-esteem?”

I stare at the carpet. He continues. “What’s remarkable is that when you look across socioeconomic levels, black boys consistently do badly in school. It doesn’t matter if they’re living in Westchester or Harlem.”

The air around me grows thin, choking.

“By comparison,” he says, “Chinese kids do well in school even when they just got here yesterday.” He chuckles. “It’s like it’s genetic.”

I glance at him to make sure he is really here in the room with me, that he has actually said those words. I don’t expect to see the familiar face of the skinny man I have known for two months. Surely his words have distorted his forehead and his eyelids and his nostrils. But no such thing has happened. He is still the same man with the flaco face and a high-up job at an important institution.

There is much more amusingly/depressingly stupid, hate-filled stuff where that came from, including her self-absorbed opinions on the firing of her fellow intern/affirmative action hire Jayson Blair.