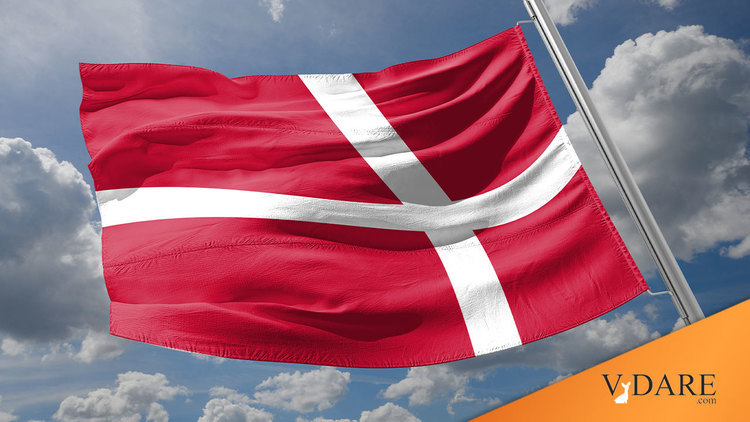 Copenhagen Shootings And The Media

By STEVEN ERLANGER 46 minutes ago

After a gunman killed a man at an event in Denmark featuring an artist who was threatened for caricaturing the Prophet Muhammad, another person was shot near a synagogue. A total of five officers were wounded in both episodes, but the police said it was unclear if they were linked.

For example, Erlanger, the NYT’s Paris correspondent, wrote an article last month in which Marine Le Pen was depicted without too much frothing at the mouth.

The swing vote in the media is often wielded by Jews who are liberals for conservative reasons — because that’s the ideology they inherited from their ancestors and co-ethnics and they are naturally self-respecting loyalists. (Steven Spielberg and Michael Bloomberg would be examples.) They’re the kind of people who would tend to go along with the Narrative (you know, Islamophobia is really to blame because if Society didn’t Otherize immigrants …), until it starts getting personal (Hey, wait a minute!), and then healthy reactions start to kick in.

These kind of two for one attacks on media people and Jewish people thus seem particularly ill-conceived and likely to erode the Narrative of Islamophobia.

Update: Commenter bjdubbs points out that Erlanger (who must have been up all night) has now added this to his NYT coverage:

Dan Rosenberg Asmussen, a leader of Denmark’s Jewish community, told the Danish public broadcaster DR that the victim at the synagogue was a young Jewish man who was guarding the entrance of a building adjacent to the synagogue. He said that some 80 people were inside the synagogue at the time, celebrating a Bat Mitzvah, and that the police had been asked to provide protection after the cafe shooting.