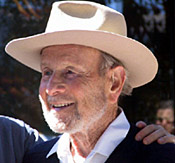 The death of Dr. Edgar Wayburn, one of America's great conservationists, is a sad reminder of how much of the environmental movement has devolved and lost its soul. The traditional Sierra Club — once a bipartisan defender of wilderness, which Wayburn led starting in 1961 — is long gone, replaced by a leftward-leaning organization that promotes diversity more than wild places and supports open borders to keep the Hispanics in its liberal "green" coalition happy.

One day in the late 1940s, a physician named Edgar Wayburn gazed across San Francisco Bay at the Marin Headlands and Mount Tamalpais, two of his favorite hiking areas, and marveled that no cities or suburbs interrupted the greenery.

"I wondered," he told a reporter many years later, "how long that miracle would last."

Dr. Wayburn went on to devote his life to preserving such natural wonders - a pursuit that led him to serve five terms as the president of the Sierra Club. He remained an honorary president when he died Friday night in his San Francisco home at age 103, surrounded by family.

"He has saved more of our wilderness than any other person alive," President Bill Clinton said in 1999 when he awarded Dr. Wayburn the Presidential Medal of Freedom, the nation's highest civilian honor.

It was long before that, in a postwar period of seemingly unstoppable suburban development, that Dr. Wayburn launched the first of his many long-odds preservation projects.

With the help of the Sierra Club, local conservationists, and his own tireless lobbying of state legislators, he won approval of acquisitions that gradually but substantially expanded Mount Tamalpais State Park, from 870 acres in 1948 to 6,300 acres by 1972.

And 13 years of work by Dr. Wayburn and his colleagues won passage of a 1980 law preserving 80 million acres of parks, refuges and wilderness in Alaska.

He was the consummate volunteer activist, holding a full-time internal medical practice until his final years, and devoting nights, weekends and vacation hours to environmental work. It was mostly done quietly and in obscurity.

These days, the Sierra Club is stuck on globalism, rather that defending America's natural heritage.

"Some people ... want the Sierra Club to have a position that is more U.S.-centric," said Stephen Mills, the club's international program director in Washington, D.C. "We feel that the entire planet is worth protecting, not the U.S. over anywhere else."

Attitudes like that have resulted in formerly important issues like wilderness preservation being demoted or ignored entirely. One example is how the Sierra Club has been silent about violent Mexican drug gangs desecrating national parks like Yosemite and Sequoia, where they are growing large swaths of marijuana with poisonous chemicals. The major environmentalist groups should be pressuring Congress for pro-active measures to protect and defend the parks, but modern green types are notable by their absence.

Even more alarming was how the Sierra Club committed an Enron-level scandal that was conveniently overlooked by the somnambulent MSM; the top management secretly accepting $100 million from Wall Street investor David Gelbaum on the condition that mass immigration not be connected with environmental degradation. In The Man Behind the Land (LA Times, Oct 27, 2004), Gelbaum was quoted as saying, "I did tell Carl Pope in 1994 or 1995 that if they ever came out anti-immigration, they would never get a dollar from me."

As a result, grassroots reformist members who wanted a return to the Club's earlier position of population sustainability rather than open borders were falsely branded as racists.

So the death of honest environmentalists like Dr. Wayburn, Gaylord Nelson and David Brower is even more of a loss because younger leaders of organizations do not have the integrity of the older generation.

For more about Dr. Wayburn (including his history as a life-long Republican), see Harold Gilliam's excellent piece from 2004: The Quiet Conservationist — Without Dr. Edgar Wayburn there would be no Point Reyes, Marin Headlands, Crystal Springs Lakes and many other wild parks.

As a former five-term president of the Sierra Club — now, at 97, the club's honorary president — Wayburn has led decades-long campaigns to save not only Bay Area open space but more than 100 million acres of American wilderness and parklands elsewhere on the continent: redwoods, boreal forests, wild rivers, glacial valleys, coastlines and invaluable enclaves of nature in metropolitan regions. 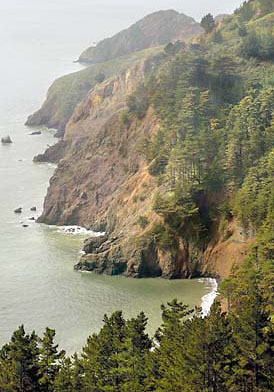