Congressman Ted Poe is a former Texas judge who is quite critical of the Obama administration’s release of hundreds of illegal alien detainees. His point, made Wednesday on Fox News, is that only a judge can spring lawbreakers from jail, calling the decision an “organized government jailbreak.”

As CIS noted, the released foreigners are criminals. Lawbreaking beyond immigration statutes is why they were incarcerated. Their crimes include drug offenses, theft, identity theft, forgery, and simple assault.

The Obama administration is knowingly endangering public safety by releasing violent criminal aliens from confinement. His action is also a warning that Republicans must submit, or else basic functions of government to protect the people can no longer be expected. Amnesty for violent criminals is no problema for this president.

Even the New York Times report included an example who is a violent character.

Below, Jamaican wifebeater Antony Orlando Williams relaxes after his release from jail. 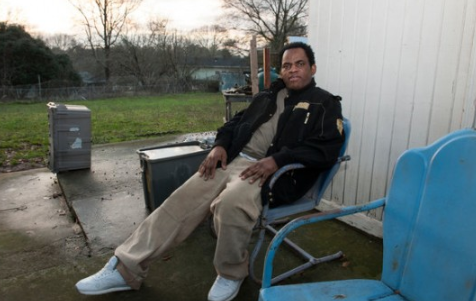 [. . .] Among those released in the past week was Anthony Orlando Williams, 52, a Jamaican immigrant who spent nearly three years in a detention center in Georgia. “I’m good, man,” he said. “I’m free.”

Mr. Williams, in a telephone interview from Stone Mountain, Ga., said he became an illegal immigrant when he overstayed a visa in 1991. He was detained in 2010 by a sheriff’s deputy in Gwinnett County, Ga., when it was discovered that he had violated probation for a conviction in 2005 of simple assault, simple battery and child abuse, charges that sprung from a domestic dispute with his wife at the time. He was transferred to ICE custody and has been fighting a deportation order with the help of Families for Freedom, an immigrant support group in New York. [. . .]

The report from Breitbart.com includes Poe’s letter to DHS Secretary Napolitano which asks under what authority the prisoners were released.