Conan The Librarian? No, Barbarians Of The Distant Past Were Pretty Darn Barbaric! 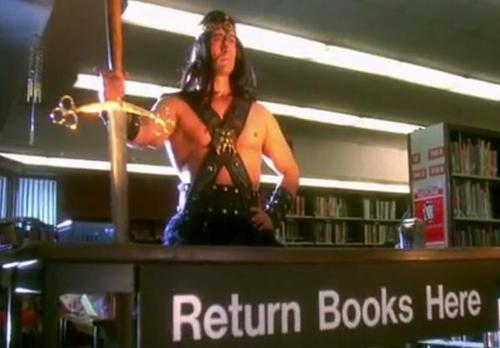 In the second half of the 20th Century, academics engaged in a concerted effort to make the prehistory of Eurasia sound kinder, gentler, and much, much duller. For example, the Battle Axe culture of Northern Europe of 4,000 to 5,000 years ago was renamed the Corded Ware culture. Instead of invasion, conquest, enslavement, and rapine, the past was more about different peoples getting together in a spirit of sharing to teach each other their arts, their crafts, their languages, their values, their hopes, their dreams …

For the entire 21st Century, though, Greg Cochran has been predicting that when genome analyses of ancient buried corpses are finally done, the prehistory of Eurasia will wind up looking a lot less like the later 20th Century conventional wisdom and more like the fantasy world created by the bookish Robert E. Howard for his Conan the Barbarian stories in the 1930s. Howard summarized the fantasy prehistory of his Conan stories in an essay entitled The Hyborian Age published in 1936, shortly before he killed himself at age 30.

I was contemplating Conan the Barbarian, and remembered the essay that Robert E. Howard wrote about the background of those stories – The Hyborian Age. I think that the flavor of Howard’s pseudo-history is a lot more realistic than the picture of the human past academics preferred over the past few decades.

In Conan’s world, it’s never surprising to find a people that once mixed with some ancient prehuman race. Happens all the time. Until very recently, the vast majority of workers in human genetics and paleontology were sure that this never occurred – and only changed their minds when presented with evidence that was both strong (ancient DNA) and too mathematically sophisticated for them to understand or challenge (D-statistics).

Conan’s history was shaped by the occasional catastrophe. Most academics (particularly geologists) don’t like catastrophes, but they have grudgingly come to admit their importance – things like the Thera and Toba eruptions, or the K/T asteroid strike and the Permo-Triassic crisis.

Between the time when the oceans drank Atlantis, and the rise of the sons of Aryas, evolution seems to have run pretty briskly, but without any pronounced direction. Men devolved into ape-men when the environment pushed in that direction (Flores ?) and shifted right back when the environment favored speech and tools. Culture shaped evolution, and evolution shaped culture. An endogamous caste of snake-worshiping priests evolved in a strange direction. Although their IQs were considerably higher than average, they remained surprisingly vulnerable to sword-bearing barbarians.

In this world, evolution could happen on a time scale of thousands of years, and there was no magic rule that ensured that the outcome would be the same in every group. It may not be PC to say it, but Cimmerians were smarter than Picts.

Above all, people in Conan’s world fought. They migrated: they invaded. There was war before, during, and after civilization. Völkerwanderungs were a dime a dozen. Conquerors spread. Sometimes they mixed with the locals, sometimes they replaced them – as when the once dominant Hyborians, overrun by Picts, vanished from the earth, leaving scarcely a trace of their blood in the veins of their conquerors. They must have been U5b.

To be fair, real physical anthropologists in Howard’s day thought that there had been significant population movements and replacements in Europe, judging from changes in skeletons and skulls that accompanied archeological shifts, as when people turned taller, heavier boned , and brachycephalic just as the Bell-Beaker artifacts show up. But those physical anthropologists lost out to people like Boas – liars.

Given the chance (sufficient lack of information), American anthropologists assumed that the Mayans were peaceful astronomers. Howard would have assumed that they were just another blood-drenched snake cult: who came closer?

Now I’m not saying that Howard got every single tiny little syllable of prehistory right. Not likely: so far, we haven’t seen any signs of Cthulhu-like visitors, which abound in the Conan stories. So far. But Howard’s priors were more accurate than those of the pots-not-people archeologists: more accurate than people like Excoffier and Currat, who assume that there hasn’t been any population replacement in Europe since moderns displaced Neanderthals. More accurate than Chris Stringer, more accurate than Brian Ferguson.

Most important, Conan, unlike the typical professor, knew what was best in life.

Now there’s a big new genomic paper out supporting this general view that the barbarians of the distant past were pretty darn barbaric:

Why did a 1930s pulp writer have a better feel for the processes of prehistory than 1970s professors?

From comments at West Hunter:

It’s not high literature for sure but another aspect which may add to the entertainment value is Hyboria is starting to sound a lot like recent academic papers (I assume because he based a lot of his world on the anthro theories of the time).

Cimmeria would fit Corded Ware, the Nordic regions to the north split into two peoples, the civilized farmer realm to the south and – probably my relatives – the dark savage Picts along the Atlantic Coast.

“Which story by REH would you recommend to someone who’s never read anything by him? I guess it’s more entertainment than high literature, but I’m at least moderately interested.”

So, best story by REH? Well, as I mentioned above, “Beyond the Black River” is quite good. It was certainly my favorite when I was 14, and it seems to be the consensus pick as the best Conan tale:

“Archaeologists should read more Conan: Robert E. Howard was way closer to the mark than they were or are.”

More broadly, what was believed in 1935 about human origins and human history was much closer to the truth than what was believed post-WW2, for a very long time and in many respects still today. Huge amounts of knowledge were lost, deliberately lost. Inconvenient truths were buried and overwritten with fantasies and lies.