For the you-can’t-make-this-up file: the Obamanistas are turning illegal alien jails into resorts in part to make up for not passing an all-inclusive amnesty during the President’s first year. 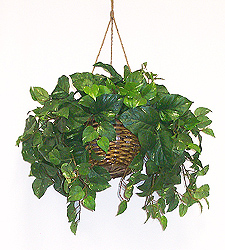 Along with relaxed security, the illegal alien detainees will have bingo games, free phones, internet access, art and dance classes, and hanging plants to cheer them up.

Of course, reducing security measures like pat-downs will make everyone less safe since criminals will bring their weapons: that part could end badly. And proponents say that the improvements won’t cost the taxpayers any more money, but how likely is that?

Immigration and Customs Enforcement officials are preparing to roll out a series of changes at several privately owned immigration detention centers, including relaxing some security measures for low-risk detainees and offering art classes, bingo and continental breakfast on the weekends.

The changes, detailed in an internal ICE e-mail obtained by the Houston Chronicle, were welcomed by immigrant advocates who have been waiting for the Obama administration to deliver on a promise made in August to overhaul the nation’s immigration detention system.

The 28 changes identified in the e-mail range from the superficial to the substantive. In addition to “softening the look of the facility” with hanging plants and offering fresh carrot sticks, ICE will allow for the “free movement” of low-risk detainees, expand visiting hours and provide unmonitored phone lines.

But the plans are prompting protests by ICE’s union leaders, who say they will jeopardize the safety of agents, guards and detainees and increase the bottom line for taxpayers. Tre Rebstock, president for Local 3332, the ICE union in Houston, likened the changes to creating “an all-inclusive resort” for immigration detainees.

“Our biggest concern is that someone is going to get hurt,” he said, taking particular issue with plans to relax restrictions on the movement of low-risk detainees and efforts to reduce and eliminate pat-down searches.

The changes outlined in the ICE e-mail are planned for nine detention centers owned and operated by Corrections Corporation of America, including the 900-bed Houston Contract Detention Facility on the city’s north side.

Some of the changes will be implemented within 30 days; others may take up to six months, said Beth Gibson, ICE’s senior counselor to Assistant Secretary John Morton and a leader of the detention reform effort. […]

Some of the improvements offered at the CCA facilities counted as hard-fought victories for immigrant advocates, including plans to improve visitor and attorney access.

“A lot of these measures are what we’ve been advocating for,” said Lory Rosenberg, policy and advocacy director for Refugee and Migrants’ Rights for Amnesty International.

“Many of these points are very important to changing the system from a penal system, which is inappropriate in an immigration context, to a civil detention system.”

Union members said they have concerns about the plans, primarily focusing on safety.

Rebstock said some detainees may be classified as low-risk because they have no serious criminal history but still may be gang members that “haven’t been caught doing anything wrong yet.”

Below, Sheriff Arpaio’s tent jail in Maricopa County, Arizona, makes illegal aliens feel unwelcome in America — a good thing in the minds of many citizens.