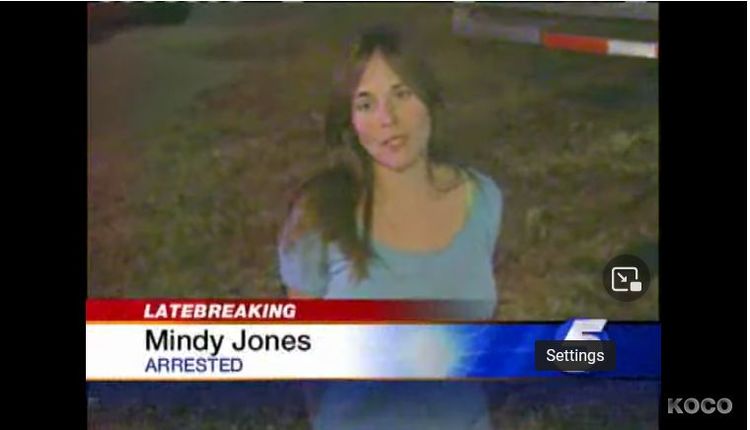 Several commenters have wondered plaintively why so many women like the kind of Bad Boy who would never comment at high-brow blogs.

There's the converse phenomenon of high-brow bloggers like Colby Cosh who like a certain kind of Bad Girl — entitled, indolent, self-indulgent, languid almost to the point of toppling over. Under the heading "I Love You, Mindy Jones," I found on Colby's site this December news broadcast from Oklahoma City about Mindy Jones, who steals an ambulance for a 50 mile joy ride ending in the front yard of an ex-boyfriend's house in some hick town in OK. The great thing is the segment starts with the multi-culti but 100% plastic Ken and Barbie anchors trying to make concerned frowny faces, cuts to the perky Reese Witherspoony local reporterette trying to cover up her Red State accent, and, finally, at 1:05 we get ten seconds of Mindy Jones:

who doesn't sound at all like the frantic trailer park loser you're expecting. She gives the impression that Daddy, of course, keeps a pit bull national law firm on retainer just to get her out of jams like this. She sounds like, I dunno, Katharine Hepburn on 'ludes in Bringing Up Baby? The frontrunner for the lead in The Sharon Stone Story? The reincarnation of Tallulah Bankhead?