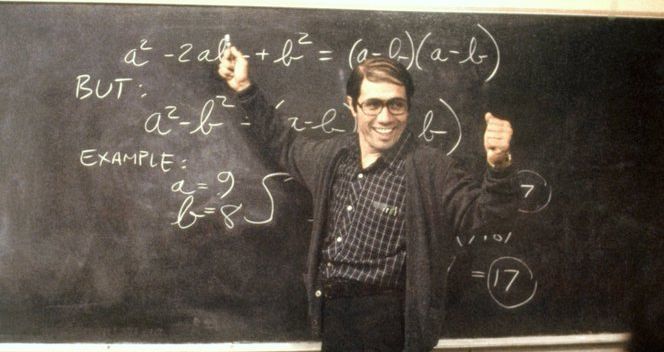 Closing The Racial Achievement Gap One 1980s Movie At A Time As a number of commenters pointed out earlier this week in "Beyond Parody," O'Connell's conference featured actor James Edward Olmos, whose qualification was that he had played famed teacher Jaime Escalante in the 1988 movie "Stand and Deliver." Unfortunately, the conference wasn't able to get Denzel

Washington (currently appearing in "American Gangster"), who had starred in the 1987 TV movie "The George McKenna Story" about a tough principal who fixes up Washington High in LA (which is where the late Tookie Williams had founded the Crips gang in 1971). So, the attendees were stuck with the real George McKenna himself, who is not quite as handsome as Denzel. In fact, the real George McKenna looks less like Denzel Washington than he looks like Will Ferrell playing anchorman Ron Burgundy. (In case you are wondering, it's some sort of New Orleans thing.) 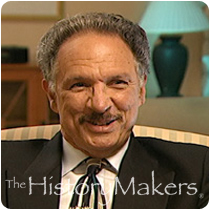 News10 in Sacramento is all over the story: There weren't enough chairs to seat everyone when George McKenna, assistant superintendent in the Pasadena School District, facilitated a workshop on Education as a Civil Right for Historically Underachieving Students.

McKenna sprang onto the national scene when he took over Washington Preparatory High School in Los Angeles, turning the gang-infested school into an institution where 80 percent of its graduates went to college.

McKenna said asking students what they think about school is important. "They know who the strongest teachers are." McKenna said. "Students know who is giving them the benefit of the doubt and who's challenging them. We can't enable students to be mediocre and dumb it down and act like that's the best they can do."

He added, "We use data to help improve test scores. We need to use the data to keep the teachers who really want to help the students. The data will also tell us which teachers don't need to be in the classroom."

Whatever it was that McKenna did at Washington Preparatory High School in the 1980s, it doesn't seem to have made much difference these days. Speaking of data, I found this helpful database of the SAT scores for every public school in the 10,000,000 resident Los Angeles County.

In 2004-2005, of Washington's 404 remaining non-dropout seniors, 212 took the SAT and they averaged 369 Verbal and 362 Math, which is, like, not good. Only 8 of the 404 seniors scored 1000 or higher on the SAT (M+V), which is roughly the dividing line between kids likely to actually graduate from college versus kids likely to end up wasting a few years before dropping out of college.