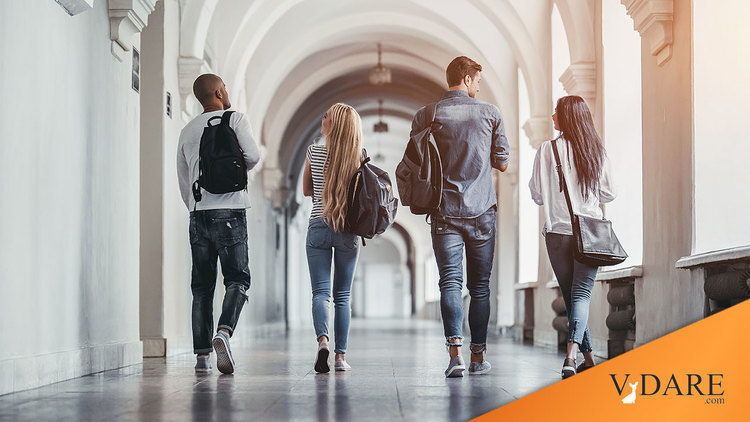 Apparently, my classmates were required to learn the details of the Stonewall Riots, but only 55.4% can name the final battle of the Revolutionary War. While the Marx-Engels reader is required in many introductory philosophy classes, 47.6% of students couldn't properly define "federalism." And, while college students commonly stage anti-war protests, fewer than 25% can identify the purpose of the Monroe Doctrine.

And we're not talking little-known schools, either:

According to the report, "The Coming Crisis in Citizenship: Higher Education's Failure to Teach America's History and Institutions," scores for college seniors on average were only 1.5 percent higher than those for freshmen. At some institutions — including such prestigious universities as Brown, Georgetown, and Yale — seniors actually scored lower than freshmen. The overall average score for seniors was 53.2 percent, the equivalent of a failing grade. Colleges Fail to Teach Civic Literacy, Report Says, by John Gravois, The Chronicle For Higher Education, 09/27/06