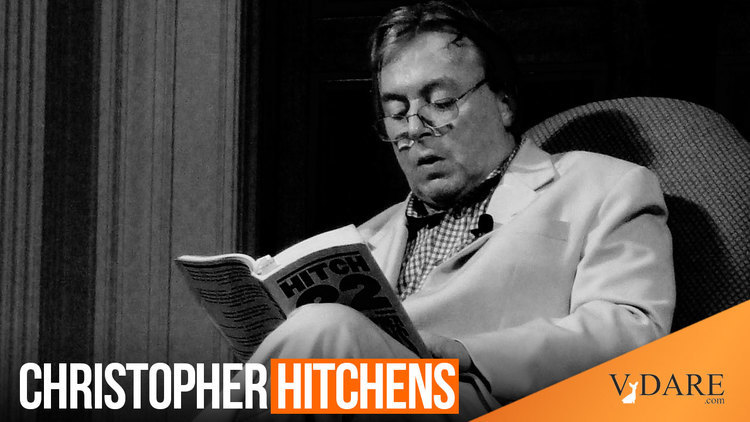 Reviewing the sudden spasm of violence between the Uzbek minority and the Kyrgyz majority in Kyrgyzstan recently, many commentators were at a loss to explain why the two peoples should so abruptly have turned upon one another. Explanations range from official pandering to Kyrgyz nationalism, to sheer police and army brutality, to provocations from Taliban-style militias hoping to create another Afghanistan, but none go very far in analyzing why intercommunal relations became so vicious so fast. As if to make the question still more opaque, several reports stressed the essential similarity—ethnic, linguistic, cultural—between the Kyrgyz and Uzbek populations.

But that in itself could well be the explanation. In numerous cases of apparently ethno-nationalist conflict, the deepest hatreds are manifested between people who—to most outward appearances—exhibit very few significant distinctions. It is one of the great contradictions of civilization and one of the great sources of its discontents, and Sigmund Freud even found a term for it: “the narcissism of the small difference.” As he wrote, “It is precisely the minor differences in people who are otherwise alike that form the basis of feelings of hostility between them.”

Not necessarily. In general, people who are vastly different don't live near each other. And, if they do, they learn not to compete all that much for the same resources. For example, Pygmies are better adapted to life in the forest than Bantu, so they tend to stick to forests the Bantu find unprofitable. When they emerge into deforested agricultural land, they work for Bantu farmers.

When highly different people do compete, however, the competition can be so nasty that pretty soon they aren't competing much anymore: see the story of Ishi, for example, to understand why there aren't any wild Indians left in Northern California to compete with white men for land.

The partition of India and Pakistan, for example, which gives us one of the longest-standing and most toxic confrontations extant, involved most of all the partition of the Punjab. Visit Punjab and see if you can detect the remotest difference in people on either side of the border. Language, literature, ethnic heritage, physical appearanceâ€”virtually indistinguishable. Here it is mainly religion that symbolizes the narcissism and makes the most of the least discrepancy.

I used to work in Northern Ireland, where religion is by no means a minor business either, and at first couldn't tell by looking whether someone was Catholic or Protestant. After a while, I thought I could guess with a fair degree of accuracy, but most of the inhabitants of Belfast seemed able to do it by some kind of instinct. There is a small underlay of ethnic difference there, with the original Gaels being a little darker and smaller than the blonder Scots who were imported as settlers, but to the outsider it is impalpable. It's just that it's the dominant question locally.

Hitchens is an acute observer to notice physical difference on average in Northern Ireland.

Likewise in Cyprus, it is extremely hard to tell a Greek from a Turk. The two peoples have been on the same island for so long that they even suffer from a common sickle-cell blood disease called thalassemia. I once interviewed a doctor who specialized in the malady, and he solemnly told me that, from a blood sample, it was not possible to tell if the donor was Greek or Turkish. I had to stop myself from asking him if he had hitherto thought that different nationalities were made out of different genetic material. There have been almost no recorded cases of intermarriage between Greek and Turkish Cypriots, and the island remains sternly partitioned.

Hitchens should reread this last sentence of his and he might start to get a clue about the forest that he can't see for the trees.

In his book The Warrior's Honor, Michael Ignatieff spent some time trying to elucidate what it was that made soldiers in the Balkan Warsâ€”physically indistinguishable from one anotherâ€”so eager to inflict cruelty and contempt upon Serb or Croat or Bosnian, as the case might be. Very often, the expressed hatred took the form of extremely provincial and local rivalries, inflamed by jealousies over supposed small advantages possessed by the other. Of course, here again there are latent nationalist and confessional differences to act as a force multiplier once the nasty business gets started, but the main thing to strike the outsider would be the question of "How can they tell?" In Rwanda and Burundi, even if it is true, as some colonial anthropologists used to claim, that Hutu and Tutsi vary in height and also in the delimitation of their hairlines, it still doesn't seem enough of a difference upon which to base a genocide.

In Sri Lanka, where again it takes a long time to notice that Tamils are prone to be slightly smaller and slightly darker than the Sinhala majority, it is somehow the most important information that either population possesses. And it doesn't take long for one population to start saying that the other one has too many children, takes too much leisure, is too casual about hygiene. Every time he heard a Shiites or Sunni Iraqi saying that religion didn't really count, said my friend Patrick Cockburn in his book on Baghdad, he noticed that every single one of them knew the exact faith allegiance of everybody else in the room. And if you want to see an expression of sheer racial disdain, try giving to an Iranian Shiites the impression that you think he and his Iraqi co-religionists are brothers under the skin.

The next example of this phenomenon will be among the most serious as well as the least dramatic. One of the most unobtrusive differences in the world—the line that separates French from Flemish-speaking Belgians—is about to be forcefully reasserted in a bid to split Belgium in two. If this secession occurs, then the headquarters country of NATO and the European Union will rather narcissistically cease to exist, undone by one of the smallest distinctions of all.

So pity the Uzbeks and Kyrgyz as they peer suspiciously at one another during a sudden time of scarcity and insecurity. Their mutual miseries may be just beginning. And all this contains the true ingredients of tragedyâ€”and of irony. One of the great advantages possessed by Homo sapiens is the amazing lack of variation between its different "branches." Since we left Africa, we have diverged as a species hardly at all. If we were dogs, we would all be the same breed.

Dogs have been genetically engineered into more varieties than any other species. Human beings differ in looks roughly about as much as do house cats, another species into which people have devoted a lot of effort into differentiating. But, all this is just barking up the wrong tree ...

We do not suffer from the enormous differences that separate other primates, let alone other mammals. As if to spite this huge natural gift, and to disfigure what could be our overwhelming solidarity, we manage to find excuses for chauvinism and racism on the most minor of occasions and then to make the most of them. This is why condemnation of bigotry and superstition is not just a moral question but a matter of survival.

Well, why do Montagus and Capulets fight in Romeo and Juliet? The Hatfields and McCoys? The Corleones and Barzinis in The Godfather? The Lancasters and Yorks? The children of Jacob and the children of Esau? Is it because of their differences in looks? In language? In religion?

No, it's because they are different extended families. They contend with each other to gain advantages and to prevent themselves from being subjected to disadvantages.

The other differences enumerated by Hitchens serve to help keep them different extended families through less than random levels of intermarriage and other forms of alliance. And, reduced intermarriage causes the various markers of difference to become more obvious over the generations.

Hitchens, like 99% of current intellectuals, gets all this backwards.

Hitchens writes "but the main thing to strike the outsider would be the question of 'How can they tell?'" But there is a more fundamental question than how do you tell what group some other person belongs to. Instead, how do you tell what group you belong to? But nobody asks that question because the answer is so obvious most of the time: you belong to the racial group that your relatives belong to. (When it's not obvious to an individual, he sometimes writes a 150,000 word book, such as Dreams from My Father, to justify his answer).

Similarly, you can tell what group somebody else belongs to generally by whom their relatives are. And that's what different racial groups are: large extended families that possess more coherence and continuity over time than typical extended families due to higher than random levels of in-marriage. A racial group is merely a partly inbred extended family. It's not very complicated to figure this out. All you have to do is to read a little history. The modern fashion is simply historically obtuse. The Old Testament, for example, goes to great lengths to explain the genealogical basis of various conflicts.

Moreover, how did the Lancasters and Yorks of the War of Roses stop warring? Shakespeare explains in the last speech of Richard III, in which the victorious Richmond (Henry Tudor of the Lancaster clan) announces he will marry Elizabeth of the York clan:

O, now, let Richmond and Elizabeth, The true succeeders of each royal house, By God's fair ordinance conjoin together! And let their heirs, God, if thy will be so. Enrich the time to come with smooth-faced peace, With smiling plenty and fair prosperous days!

It's frustrating to me that I've been explaining since the 1990s that there is a simple, Occam's Razor explanation for much of the group conflict in the world that's staring everybody right in the face and but the current worldview works to keep people, even ones as generally sharp as Hitchens, unperceptive and ignorant.