Chinese Kids Are Coming to America for High School

The United States is a big draw to young people from Red China looking for education, and as a result they are by far the biggest group of foreign students attending US universities — 29 percent in the 2012-13 academic year. (In that year, the number of “international” students was the highest ever at 819,644, each one taking a slot that could go to a young citizen.) 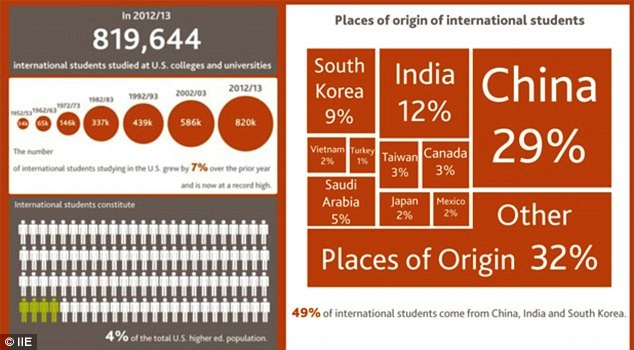 Now we learn that Chinese kids desiring an extra edge for getting into US universities are increasingly enrolling in expensive private American high schools.

This strategy is an upscale version of the old “parachute kids” scheme where Chinese parents drop off a youngster with an America-residing relative or someone with a spare room in order for junior to attend US K-12 schools in good neighborhoods.

At least the new Chinese colonizers aren’t directly ripping off the American taxpayer like the parachuters; however the foreigners are displacing citizens by the hundreds of thousands in colleges and eventually jobs. That’s the plan.

Naturally the Associated Press stresses that the Chinese want a well-rounded education that any liberal would approve.

BEIJING — After getting a glimpse of the endless cramming for China’s grueling college entrance exams from the seniors in his high school, 16-year-old Zhang Kaisheng decided to take a different path. 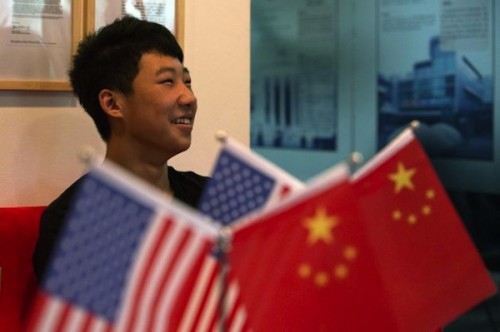 Like a growing number of Chinese teenagers, Zhang plans to enroll this fall in a private U.S. high school where he and his parents hope he will get a more well-rounded – if far more expensive – education. Tuition, room and board can cost around $40,000 – three to four times more than an elite private school in China.

“I feel like the U.S. education fits me better and will allow me to do things I like to do,” said Zhang, who loves playing basketball.

With more than 333,000 of its students in U.S. colleges and graduate schools, China has long been the top feeder of international students in America. Now Chinese high school students are following suit in astonishing fashion: Last year U.S. schools welcomed 50 times more of them than they did just eight years earlier.

The high schoolers want to escape the rat race at home, where students often study late into the night with little opportunity for extracurricular activities. They also believe studying in the U.S. will help them snag coveted spots at more prestigious American colleges.

“The competition has grown fiercer, and there has been pressure to go to U.S. high schools to gain an edge,” said Xu Yi, who runs a tutoring and consulting agency for Chinese students called Focus Education.

Though surveys have shown that Chinese students outperform their American peers in subjects like math and reading, top U.S. schools remain highly regarded among educated Chinese for developing critical thinking and communication skills.

Chinese parents see the hefty cost of private U.S. high schools as a worthy investment. “If he can develop a multitude of skills and be a well-rounded person, it would be money well spent,” said Zhang Kaisheng’s mother, Wang Lihong, the president of a state bank branch in Beijing.