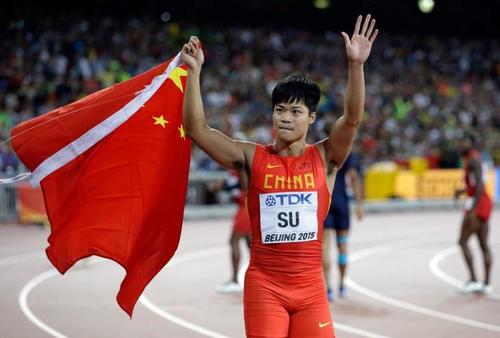 At that point, blacks of West African descent had made up all of the last 16 finalists in the Olympics men’s 100m dash, the race that determines the World’s Fastest Man. A white Scotsman had won the 100m dash at the Moscow 1980 Olympics, but in both the 1984 and 1988 Olympics, all the finalists who had made it through three preliminary rounds were black.

Amazingly, that’s now true for eight straight Olympics; 64 out of the last 64 finalists have been black from 1984 through 2012. That’s one of most astounding statistics in human biodiversity studies.

On the other hand, a few non-blacks have had some success in the 100m in recent years. A white Frenchman became the first white man to clearly break the 10 second barrier, getting as low as 9.92 in 2011. And Japanese sprinters regularly make the Olympic semifinals, so this streak no doubt won’t last forever. This spring Bingtian Su became the first Asian to run 9.99.

In Beijing, at the current world championships of track & field (one tier below the Olympics), Usain Bolt of Jamaica, 2008-2012 Olympic gold medalist, edged out Justin Gatlin, the American 2004 Olympic gold medalist who was twice subsequently caught for PEDs, in a time of 9.79 to 9.80.

Of note, Bingtian Su of China pleased the home fans in the semifinal by tying his recent Asian record of 9.99. In the expanded final, he finished 9th at 10.06.