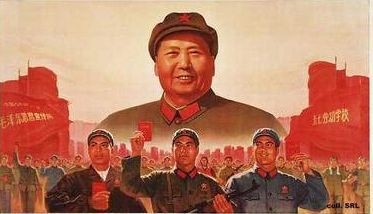 A New York Times obituary that seems to be intended as a metaphor of current relevance to trends on American campuses, that bear an unsettling resemblance to the Chinese Cultural Revolution:

Nie Yuanzi, Whose Poster Fanned the Cultural Revolution, Dies at 98

When Nie Yuanzi put up a vitriolic wall poster one day in 1966, she plunged into the political maelstrom of Mao Zedong’s Cultural Revolution. For the rest of her life, Ms. Nie wrestled with the fame, and the infamy, that her act of rebellion would bring.

As this obit goes on to point out, it wasn’t exactly an act of rebellion, but more of a Calling Out of Top Dog Mao Tse-tung’s enemy, the head of Peking U., for Cancelation.

The poster brazenly denounced the Communist Party secretary of Peking University, where Ms. Nie worked, as well as two other Beijing officials. After Mao praised the poster, Ms. Nie vaulted to the front of the militant Red Guard student movement, which Mao was stoking to attack his foes. …

Ms. Nie died on Wednesday at 98. Her son Yu Xiaodong said the cause was respiratory failure. …

The Chinese news media has remained silent about her death, a sign of how sensitive the traumas of the Cultural Revolution remain. …

Ms. Nie was not a typical Red Guard. When Mao began the Cultural Revolution in 1966, Ms. Nie was a midlevel Communist Party functionary at Peking University. At 45, she was more than two decades older than the high school and university students who formed the bulk of the Red Guards.

Ms. Nie was born on April 5, 1921, in rural Henan Province in central China, the youngest of seven children. Her father belonged to a long family line of well-off landowners and doctors, but many of his children embraced revolutionary politics. …

After the Communist Party came to power in 1949, Ms. Nie climbed the political apparatus in northeast China. Her big chance came in 1960, when she was transferred to prestigious Peking University.

… Despite her limited education, she was among the party loyalists sent to watch over the university, regarded as a seedbed of unorthodox ideas. In 1963 she was promoted to Communist Party secretary of the philosophy department, which was turning out teachers and theorists trained in Marxist-Maoist doctrine.

So it sounds like she was a professional Communist Party minder paid to oversee and snitch on professors.

When Mao called for a Great Proletarian Cultural Revolution, Ms. Nie did not question his accusations that dangerous “revisionists” and “capitalist roaders” had infiltrated the party and were trying to derail his revolution.

“I thought that I had to obey Chairman Mao,” she wrote in her memoirs, “In the Vortex of the Cultural Revolution,” published in Hong Kong. “This was personally launched and led by Chairman Mao; of course I had to respond positively.”

Ms. Nie said that she and six other party activists associated with the philosophy department had come up with the idea of a big-character poster laying out their frustrations with the university leader, Lu Ping, but that they had had no plans to ignite a political firestorm.

Some historians, however, have said that Ms. Nie was no innocent — that she was indeed part of a scheme to undermine party leaders by lighting that fuse at Peking University.

“She was attuned to the political struggles in the high ranks,” said Ye Yonglie, a popular historian who was a student at Peking University from 1957 to 1963. …

A few days later, Kang Sheng, a powerful security official, reported to Mao about the poster. Mao immediately grasped it as kindling for his Cultural Revolution. He ordered that the poster be reprinted and circulated. He later praised it as the “first Marxist-Leninist big-character poster in the country.”

A lot of Youth Rebellions turn out to be less spontaneous than they might seem, but instead are driven by 45-year-old bureaucrats responding to power struggles at the Top, with ambitious students then responding to which way the winds seem to be blowing among the grown-ups.