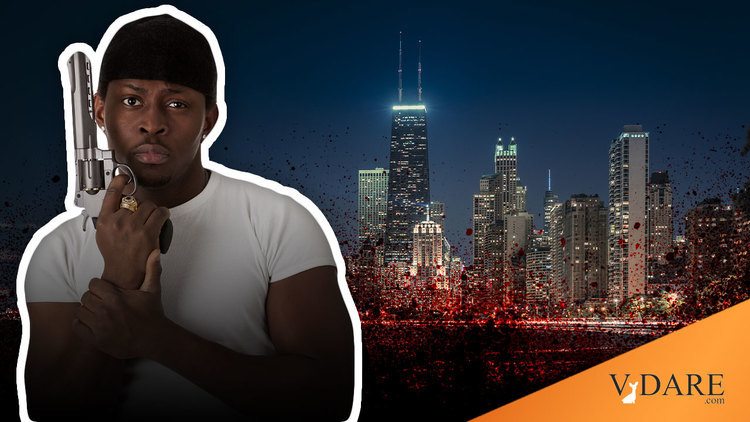 From the Chicago Sun-Times (thanks to the readers who sent this in):

Police may scrap entrance exam 'OPEN UP THE PROCESS' | Union chief: It's 'too stupid to be true'

If the process is opened to everyone who applies and meets the minimum education and residency requirements, Chicago would be virtually alone among major cities. Most cities have police entrance exams — and for good reason, experts say.

"A background check and a psych [exam] alone will not eliminate some people who should not be there," said Brad Woods, who ran the Personnel Division under former Chicago Police Superintendents Phil Cline and Terry Hillard.

Calling an application-only process a "step backward" and the "wrong way to go," Woods said, "When you lower your quality, you will get poor police service and more complaints. ... Whenever you make it easier to be the police, you're doing the citizens and the Police Department a disservice."

Charlie Roberts, who ran the training division from 1995 to 1999, noted that there are "eleven tracks" recruits must go through in the police academy, including the law and the municipal code.

"If you don't give someone at least a reading comprehension test, can you just put them in and risk the possibility of having so many of them fail? That could get quite expensive," Roberts said.

"We were getting people with 60 hours of college credit who were reading at a third-grade level. What do you think you'll get if you have no screening process?"

Human Resources Department spokesperson Connie Buscemi acknowledged Tuesday that the Daley administration has been exploring other "options" since last fall, when a "request-for-proposals" for companies interested in preparing an on-line police entrance exam was cancelled.

"We wanted to try to develop something on-line to allow the city to accommodate members of the U.S. military who are on active duty. But, we didn't get any responses that met our needs. No one said they could administer an on-line exam" and guarantee its integrity, Buscemi said.

This is a legitimate need, although I doubt if it has much to do with dumping testing. Hiring tests in Chicago are typically given on a single day every few years, with copies of the test delivered written by outside consulting firms delivered to the test site by armored car. Otherwise, insiders will get a look at the test ahead of time and alert their nephews and in-laws to what's on it.

One problem with this system is that if you are a Chicagoan stuck on active duty in Iraq on the day of the test, you are out of luck getting hired as a Chicago fireman or policeman for years to come. And since the EEOC's Four-Fifths rule doesn't apply to military enlistment tests, such as the heavily g-weighted AFQT, Chicago is missing out on its most promising source of future policemen and firemen. But if Chicago offered the test online at the same time it was being given in Chicago, who would proctor the test-takers in the middle of the night in Iraq and Afghanistan?

That's an interesting question, but it's a complete sideshow for what's really going on. Post-Ricci, the politicians can't fudge the results as much, so now they want to get rid of the test.

"We're [now] reviewing our options on how to administer the police application process."

Other sources confirmed that the police entrance exam could be scrapped altogether "to open up the process to as many people as possible." A final decision could be made later this week.

Fraternal Order of Police President Mark Donahue said the idea "sounds too stupid to be true." "You need a testing process. ... You need to be very concerned about the very limited information you would get from just a screening and application process," Donahue said.

Something that is completely overlooked but that is totally obvious when you stop to think about it is that civil servant unions, who are always demonized by Republicans, are one of the few effective forces actively working against affirmative action in big cities. The head of the union always has some name like "Donahue," and union policies work to keep older white civil servants from being fired in the name of making the government work force "look more like Chicago." This is particularly true for teachers unions, whose leaders all remember when black politicians got local control of New York public schools in the Ocean Hill neighborhood in the late 1960s, and immediately fired hundreds of Jewish schoolteachers and hired blacks to replace them.

Hiring and promotions in the Police and Fire Departments have generated controversy in Chicago for as long as anyone can remember.

The criticism reached a crescendo in 1994 after a sergeants exam produced just five minority promotions out of 114.

The test was the first to be administered by the city after "race-norming" — the practice of adjusting scores on the basis of race — was ruled unconstitutional.

In November 2005, City Hall announced plans to offer the police entrance exam a record four times the following year — and for the first time on the Internet — after an unprecedented outreach campaign that bolstered the number of minority applicants to 34 percent black, 24 percent Hispanic and 26 percent women.

More than two years later, black ministers told newly-appointed Police Supt. Jody Weis that, if he was serious about re-establishing trust between police and the black community, he should start by hiring and promoting more African Americans.

And as of last year, one in four patrol officers were African-American, but just one in 12 Lieutenants were of color.

Let me point out that, to get around the EEOC's Four-Fifth's Rule, Chicago has already almost completely emasculated its police and fire tests, in order to make the disparity between white and black passing rates (as innumerately measured by the feds) less than one-fifth. Chicago's last fire and police tests were passed by 85% of the people who walked in off the street. What's the point of even giving a test so easy that people at the fifth percentile among whites pass?

So, why not give up on testing completely? That's the logical implication of the EEOC's Four-Fifth's Rule.

As Steve Farron pointed out in The Affirmative Action Hoax, honest racial quotas would be better than abolishing testing. You'd at least get the smartest of each race.

Considering that Barack Obama taught "Racism and the Law" (not, by the way, "Race and the Law") at the University of Chicago and litigated disparate impact lawsuits in Chicago, somebody might want to ask the President of the United States his opinion on this subject.

But don't count on that ever happening.