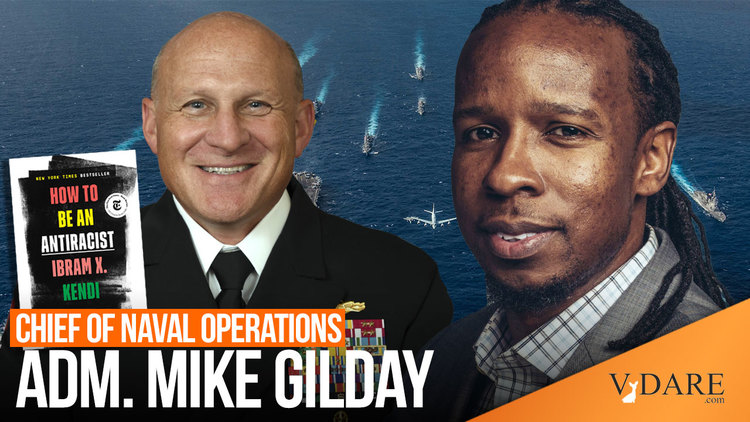 Charles Murray Vs. Ibram X. Kendi: Murray Has Facts And Logic On His Side, But Kendi Has The US Navy

Today, after 55 years of vast spending to eliminate the race gap on tests, the optimistic centrist education reformers of the “All We Have To Do Is Implement My Favorite Panacea” school are finally out of fashion, leaving Ibram X. Kendi and Charles Murray as the last men standing. One or the other must be right: either Murray (blacks, unfortunately, have problems because they tend to be less smart and more violent) or Kendi (any disparities demonstrate that whites are evil and therefore must pay).

To you or me, this might seem like an unfair fight: Murray is one of the great public intellectuals of my lifetime, while Kendi barely broke 1000 on his SAT.

But, The Establishment no longer really believes that race gaps can be reduced. Instead, the new conventional wisdom is Kendi’s: Tests must be abolished. This will make the problems caused by lower black intelligence go away for Underpants Gnomes reasons.

From the Daily Mail,

‘Does telling sailors they are either oppressors or oppressed improve the Navy’s lethality?’ GOP lawmakers grill top US admiral for including controversial book How To Be An Antiracist on Navy’s recommended reading list

Gilday added Ibram X. Kendi’s How To Be An Antiracist to sailors’ reading list

‘We are not weak, we are strong,’ he said, adding ‘our strength is in our diversity’

By KEITH GRIFFITH FOR DAILYMAIL.COM