I'd embed the tweet above, in which @nontolerantman says "Young Turks ain't holding back now, mask completely off" with a screenshot of the video below, but it's blocked by the "sensitive media" thing.

This is the "Young Turks" video:

And here's what they're saying—usual "you're dying out, we're replacing you" stuff:

Hey White Christians, Your Time Is Almost Up!!!

A recent survey on religion in America and white Christians are NOT going to like the results. Cenk Uygur, Mark Thompson and Ana Kasparian, hosts of The Young Turks, discuss.

They have a link to this PBS report: 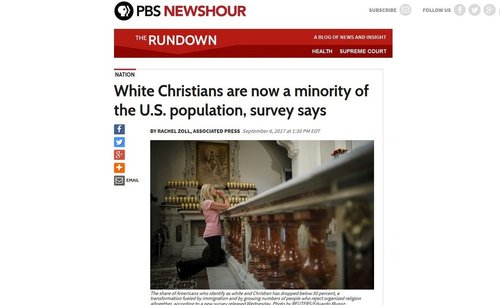 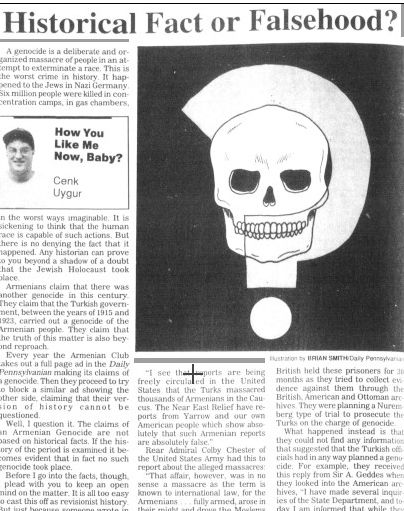 All in all, just par for the course—apparently their hate doesn't count as hate. But a couple of people on Twitter referenced what the actual Young Turks had done to the Armenian Christians, killing about 1. 5 million of them between 1915 and 1917, and I've written about this before. When one of our writers was interviewed by the Young Turks as long ago as 2007, I wrote that I assumed the program title was just a metaphor, that the kids who ran it were “Young Turks” in the dictionary sense of “an insurgent or a member of an insurgent group especially in a political party”, named after a pre-World War One student’s  movement in Turkey. But it turns out that the main guy is called Cenk Uygur, who is an actual young Turk, or Turkish-American (born in Istanbul, immigrated age 8)  who is on record as denying the Armenian genocide in a college paper. [Historical Fact or Falsehood?, By Cenk Uygur, November 20, Daily Pennsylvanian, November 20,1991 (Facsimile)] 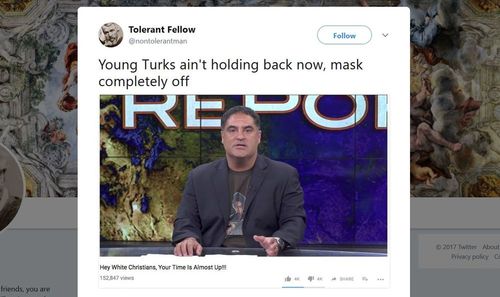 I think it's time for Cenck Uygur to be on the receiving end of the Current Year and apparently I'm not the only one. [Why Cenk Uygur Is Getting Confronted about the Name "The Young Turks," and Why It Matters, By Monica Hunter-Hart, PasteMagaxine, January 5, 2017]

The other obvious Current Year point is that Cenk, who is 47, should, as you can see from his photo, should stop calling himself a young Turk.