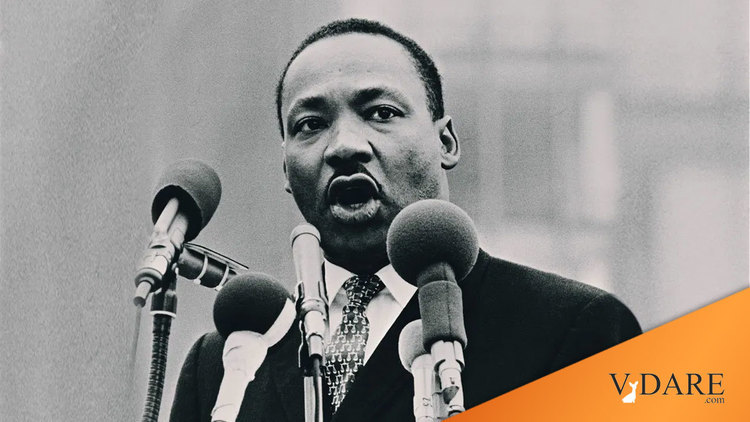 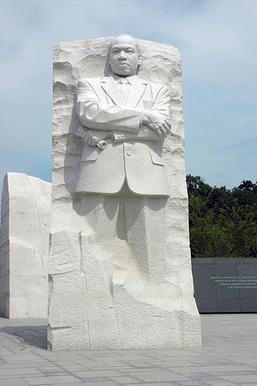 Look on my works, ye mighty, and despair!

Our frequently downbeat President appears to be struggling to come up with something to say for the current whoop-tee-doo over the 50th anniversary of Martin Luther King's "I Have a Dream" speech. The media would squeal with joy if Obama gave a third speech justifying their Trayvon Martin fiasco, but, so far, the President seems rather discouraged by the thought.

“Fifty years after the March on Washington and the ‘I Have a Dream’ speech, obviously we’ve made enormous strides,” Mr. Obama said in response to a question from a professor of African-American studies. “I’m a testament to it. You’re a testament to it.” He added that “we know that some discrimination still exists, although nothing like what existed 50 years ago.”

“But,” he added, “let’s assume that we eliminated all discrimination magically with a wand, and everybody had goodness in their heart, you’d still have a situation in which there are a lot of folks who are poor, and whose families have become dysfunctional, because of a long legacy of poverty, and live in neighborhoods that are run-down and schools that are underfunded and don’t have a strong property tax base.”

His solution, he continued, was to promote programs like an expansion of early childhood education and his latest effort to make college more affordable — including, he said, making law school two years instead of three.

I've long offered two suggestions, one that Obama would never take up (although deep down, during his most depressed episodes, he might have to admit it makes sense), the other of which he might adopt. After all, my second proposal is at least more relevant to the current occasion than shortening law school is.

Why not use that propitious occasion to declare victory in the long war on Jim Crow and white racism and announce you are bringing the federal troops home?

The second is to use the celebration over MLK's famous speech on August 28, 1963 to call for permanently commemorating the event by moving the currently not very popular MLK holiday from the frigid middle of January to late August:

Fortunately, one simple change in the holiday could end this racial divisiveness and unite workers of all colors in demanding a paid holiday honoring King.

The federal holiday currently falls on the third Monday in January. In 2004, that's Jan. 19. It's a great time for a holiday — if you live in Honolulu or Key West. ...

If we moved the King holiday to the Monday a week before Labor Day, it would suddenly become hugely popular. Everybody would want to take the last Monday in August off.

This would also rebalance our holiday calendar. It's dysfunctional that we currently have three holidays in the months of January and February, but none in the two months between the Fourth of July and Labor Day.

Having two consecutive three-day weekends at the end of summer wouldn't disrupt business much, because the week before Labor Day already ranks with the post-Christmas week as one of the slowest periods of the year.

Many people already consider the end of August a good time for a vacation. Europeans have found that making August the semi-official vacation month works well. With our shorter vacations, we could make the week before Labor Day a semi-expected vacation time, just as the week between Christmas and New Year's already is.

This schedule would allow workers to take a 10-day vacation running from the Saturday before the new MLK day through Labor Day, yet use only four vacation days.

Or is the current (unspoken) thinking that holding the MLK holiday in dead cold winter keeps blacks from making trouble? Maybe. But my vague impression is that late spring or early summer is the rowdiest time of the year, while late summer is mellower, more lazy and hazy than crazy. Somebody should study the subject using data.