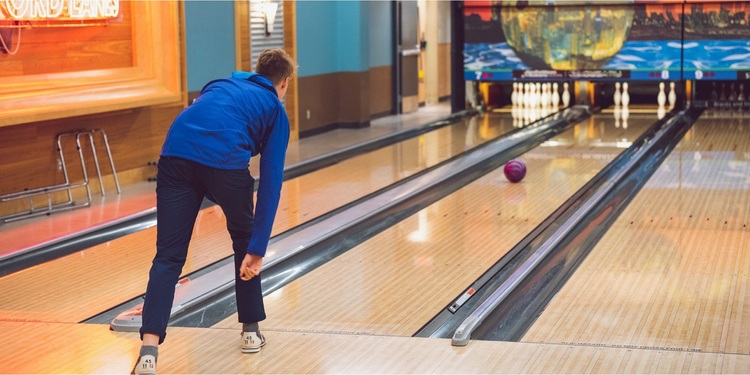 Cass Sunstein: "Could Bowling Leagues and the PTA Breed Nazis?"

Cass Sunstein is a Harvard Law School professor and former Obama Administration official who is married to US UN ambassador Samantha Power, who is always advising Obama to hurl cruise missiles at Libya or Syria.

Sunstein is a very smart guy who is ironically lacking in self-awareness. For example, in 2008 he declared that the solution to online conspiracy theories is for the government to mount secret conspiracies against them: "cognitive infiltration" was the reassuring name Sunstein came up with.

Now, Sunstein is worried that if Americans ever stop "Bowling Alone" they might become Nazis.

Could Bowling Leagues and the PTA Breed Nazis?

In recent decades, many social scientists have drawn attention to the importance of “social capital.” The term is meant to capture the value, economic and otherwise, that comes from social networks, through which people frequently interact with one another. But what if social capital ends up contributing to the rise of extreme movements, including fascism?

It is well-established that individuals and societies can gain a great deal from civic institutions, such as parent-teacher associations, athletic leagues, churches and music clubs. High levels of social capital have been associated with numerous social benefits, including improvements in health, promise-keeping, trust, altruism, compliance with the law, child welfare and individual happiness.

Harvard University political scientist Robert Putnam has done a great deal to explore the beneficial effects of social capital. In his book “Bowling Alone,” he documentedwhat he saw as its decline in the U.S., connecting that decline with a wide range of social problems.

Pointing to research by Putnam and others, many people have argued that the U.S. and other nations should make a sustained effort to measure and increase social capital, with particular attention to civic associations that help to generate it.

At the same time, social capital can have a dark side. If people are in a social network whose members are interested in committing crimes, the existence of social capital will promote criminal activity. A fascinating recent study called “Bowling for Fascism” goes much further: It shows that the rise of Nazism was greatly facilitated by unusually high levels of social capital in Weimar Germany.

... In the late 1920s and early 1930s, Germany had an exceptionally vibrant civil society that included clubs involved in hiking, animal breeding, shooting, gymnastics, bowling, firefighting and singing. The authors’ principal finding is that in cities with dense networks of clubs and associations, Germans were far more likely to join the Nazi Party.

No one should doubt that private associations are desirable and valuable, and that they can produce a dazzling range of social goods, including checks on the power of government. But Satyanath and his co-authors reveal another possibility: that such associations can facilitate the spread of extremism, ultimately laying the groundwork for serious challenges to democracy itself.

(Cass R. Sunstein, the Robert Walmsley University professor at Harvard Law School, is a Bloomberg View columnist. He is the former administrator of the White House Office of Information and Regulatory Affairs, the co-author of “Nudge ” and author of “Simpler: The Future of Government

To contact the writer of this article: email Cass R. Sunstein here.

Apparently, the masses won't be coming after Cass with their pitchforks, but with their bowling balls.

In a saner world, Sunstein would have read over his first draft and said to himself: "You know, people are just going to laugh at my Jewish Paranoia. Better come up with something less embarrassing. I mean, my wife started a war in 2011, so it would be pretty comical for me to be publicly worrying about the Bowling Nazi menace."

Sunstein's column helps explain the bipartisan elite enthusiasm for more Mexican immigration: Mexicans have so little social capital that they are not even a potential threat to the power of people like Sunstein and Power.