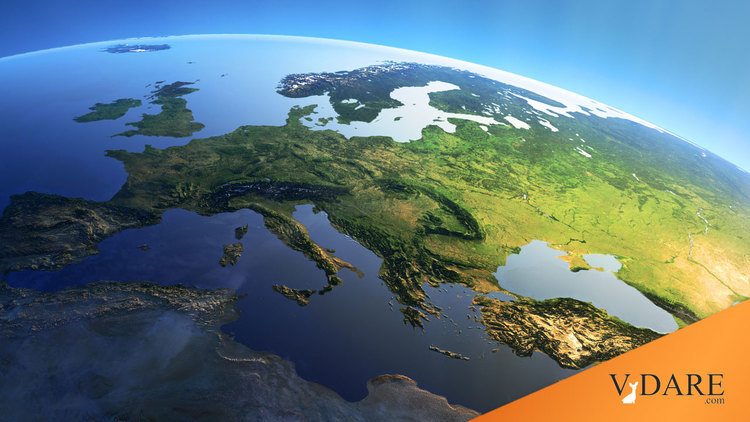 Camp Of The Saints Time, But Europe Is Fighting Back

Daniel Pipes writes in the New York Sun on a state of siege in Europe.

In England, smuggling of immigrants from Turkey is a major industry, the smuggled Turks being integrated into London's Turkish community, while on the fringes of Europe, immigrants are staging human wave attacks, in an attempt to overwhelm immigration authorities.

In mid-September, the Africans began assaulting the frontier en masse. Deploying crude ladders made of branches, they used their weight to bring the fences down in places. As one of them put it, "We go in a group and all jump at once. We know that some will get through, that others will be injured and others may die, but we have to get through, whatever the cost."

The tactic works. When over 1,000 persons tried to enter Melilla at a single go in September, an estimated 300 succeeded. In early October, 650 persons ran for the fence and 350 are said to have made it. "There were just too many of us" to be stopped, one Malian observed. An estimated 30,000 more Africans await their turn.[Europe under Siege, by Daniel Pipes, New York Sun October 18, 2005]

All of which is very reminiscent of the famous 1973 novel, The Camp of the Saints, but while the point of that novel was that West would inevitably surrender, at the moment the Spanish authorities are actually fighting back.

The confrontation can resemble a pitched battle. The Africans throw rocks at the security forces, which respond with bayonets, shotguns, and rubber bullets. The assaults left about a dozen Africans dead, some trampled in the rush to Spanish territory, others shot by Moroccan police.

They aren't geting much help from the United Nations:

In response, Europeans are baring their teeth, brushing aside multicultural pieties such as Kofi Annan's statement that "What is important is that we don't make a futile attempt to prevent people from crossing borders. It will not work."

But preventing people from crossing borders is very much on the agenda; it is probably only a matter of time until other Western states follow Spain and Australia and resort to military force.

But the authorities actually fighting the illegals is a good sign. An example for Michael Chertoff, perhaps? Or perhaps not.

It's hard being an optimist these days, a reader sent in this detailed piece of pessimism:

Migration Watch UK estimates the number of illegal immigrants in the UK alone as being around 670,000 not to mention an official immigration figure of around 600,000 annually, a figure that has been monotonically increasing!

As for "...the authorities actually fighting the illegals..." it seems that the ones actually shooting are the Moroccan security forces!

a) uses military means to prevent activity which would constitute an invasion had these men had weapons or a uniform;

b) removes all illegal immigrants from its soil;

c) halts all other means of illegal Third World immigration (by boat to the Canary Islands, etc.)

then it can be said to be "actually fighting the illegals". Just because Spain happens to be doing more than the United States is does not mean it is fighting back.