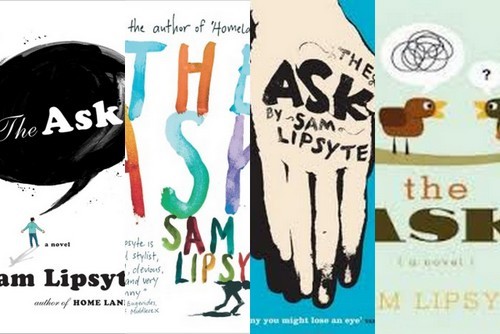 From the NYT Magazine:

Can Job Cohen, a Jew who reaches out to Muslims, be the next Dutch prime minister – and a model for Europe?

While slouching against a wall in a former cigarette factory in the industrial outskirts of The Hague one day last month, I was visited with the sudden realization that over the formative centuries of European history the two words that most succinctly signaled ”other,” ”foreign” or ”enemy” were these: ”Jew” and ”Turk.” Crudely unpacking them, ”Turk” meant Muslim, Arab, infidel, the threat from without; a Jew was the enemy within, someone who, even if born and raised in your hometown, was part of another political as well as religious entity; the Jews of a city were referred to not as a community but as ”the Jewish nation.” ”Jew” and ”Turk” were in fact constructs Europeans used to help define their own identity: that which we are not.

What brought this to mind was the scene in front of me. The Labor Party in the Netherlands – which several weeks ago emerged from the endless gray muddle of the country’s multiparty system to take the lead in polls as the nation approaches an election on June 9 – was unveiling its candidates. On a makeshift stage, before banners bearing the party’s logo of a fist inside a rose, stood two people. At the top of the list of candidates – the man responsible for the recent shake-up of Dutch politics, who is making some people in Europe begin to wonder whether he represents a way for mainstream parties on the Continent to successfully combat the swelling tide of populist, anti-immigrant voices – was Job Cohen, who until March was the mayor of Amsterdam. Cohen was raised in a secular Jewish household in the hamlet of Heemstede, not far from Amsterdam; his parents spent World War II in hiding from the Nazis; his paternal grandparents died at Bergen-Belsen. At Cohen’s side, No. 2 on the candidate list, was Nebahat Albayrak, who was born in the central Anatolian region of Turkey and moved as a child to Rotterdam, where her father worked as a scaffold builder.

There is certainly some truth to the conventional wisdom about the immigration debate: that Europe lags far behind the United States in its ability to craft a truly multiethnic society, to turn newcomers into citizens. European countries, by this reckoning, are prisoners of their old racial or nationalistic identities. And the Netherlands has of late been a particular example of this; its right-wing, anti-immigrant standard-bearer, the golden-maned Geert Wilders, has steadily gained support since he formed his Freedom Party for the 2006 parliamentary elections. Earlier this year, Wilders’s party was leading in the polls. In municipal elections in early March, his party, riding on his virulent anti-Muslim rhetoric, won the city of Almere and came in second in The Hague itself – the seat of the Dutch government and home of the International Criminal Court. On a protest-filled visit to London afterward, Wilders – who is facing trial in a Dutch court for inciting hatred – boasted of becoming the next prime minister.

But shortly afterward, the political landscape was transformed by the surprise entry of Cohen into the race to lead the country. In an electorate split up across a dozen or so parties, the Labor Party doubled overnight, from 11 percent in the polls to 22 percent, while Wilders’s numbers have dropped in several straight polls. Some see in Cohen’s rise the possibility of a new Dutch society, and with it perhaps a hint of how new national identities could form in Europe. In what would be confirmation of the worst fears of a Wilders, the new identity prototype has an inclusiveness that inverts the centuries-old formula. As the Jew and the Turk stood side by side with their fellow candidates – which included a good mix of other ethnicities as well as native Dutch – Cohen proclaimed, ”This is the Netherlands!”

From Sam Lipsyte's comic novel The Ask summarizing a debate on the Middle East:

"One of the experts said the Palestinians were irrational and needed a real leader, like maybe a smart Jewish guy."