California’s Subsidized Housing for Foreign Farmworkers Could Be Expanded

On Friday, I heard a radio report about “migrant” farmworkers who live in taxpayer-subsidized housing in Watsonville, one of 24 such facilities in California. The existence of specific welfare for foreign nationals is part of the “welcoming” attitude the state has toward foreigners, which liberals regard as a sign of their moral superiority.

The immigration status of the 104 families in the facility was not mentioned, merely hinted in the audio version where we hear, “It’s harder to cross the border than it used to be.”

Below, the state’s housing units in Watsonville cost less than $400/month for non-American farmworkers while private rentals in the town are more than twice that amount. 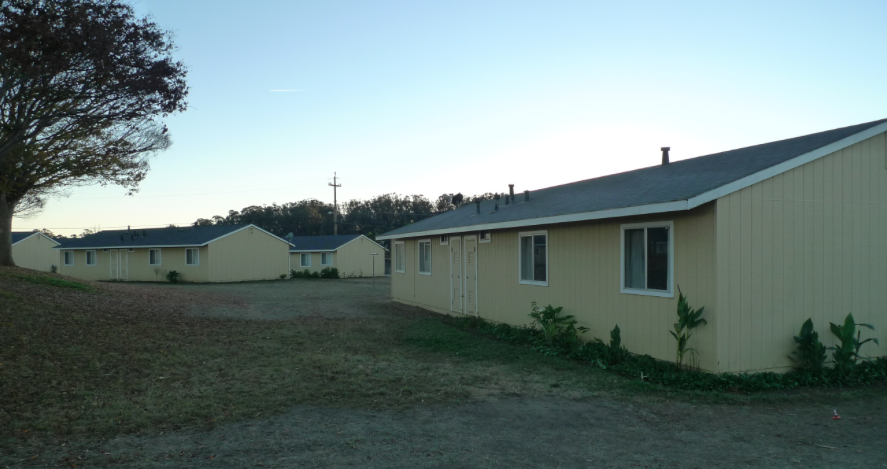 However, from the moocher viewpoint, the cheapo housing is less than perfect because it is open to farm pickers only six months of the year. Most pack up and return to Mexico in November when they are required to leave. But the new complaint is how the education of Mexican kiddies is interrupted by the regulations which put them in two school systems every year.

Say, wouldn’t Mexican school immersion be an invaluable cultural enrichment, one that allows the kiddies to soak up their all-important raza heritage?

Despite the cultural opportunities of Mexican schooling, the Center for Farmworker Families hopes to overturn the regulation of closing the housing half the year and keep it open so eager little scholars can make more use of free-to-them American education.

The fields around Watsonville produce more than half a billion dollars in berries every year. After the raspberry vines have been cut back for winter and the strawberry fields plowed under, some farmworkers from Mexico still go back for a few months each year. At the Buena Vista Migrant Center, the end of the season means it’s time for 104 families to move out. But as Rowan Moore Gerety reports, more and more farmworker families are having second thoughts about migrating twice a year. At the Buena Vista Migrant Center, home to 104 farmworker families for six months a year, that means it’s time to move out, but more and more families are giving second thought to migrating twice a year.

“Today is our last day, the end of the program, so we’re doing inspections,” said Camp Manager Martin Gomez on November 25, checking the keys to an empty duplex. Buena Vista is one of 24 state-run camps around California, built in the 1970s to improve living conditions for migrant workers. For farmworkers living on wages of about $350 a week, it’s a pretty good deal: rent is less than $400 a month, and the camp offers free daycare. But there’s a catch: to live there, you have to move at least 50 miles away during the winter.

During the winter, tenants have to leave their tan, concrete duplexes clean and empty, the same way they got them. Fernandez prepares the garden by cutting down the last of the tall corn stalks that border his house. When he was growing up, he said, his parents expected he’d go into farm work. “Now, people think more about the future of their children,” he explained. “How it’s important for them to study so they won’t have the same life their parents did.”

His 13-year-old son, Cristian, has spent his whole life switching between classrooms in Michoacán and Watsonville, so he’s used to the change. The only problem is coming back to school in California in the spring. “What I do in Mexico, I like get the point of it and I’m like ‘oh I’m ready,’” Cristian said, “but then I come here and they have like something else…it’s so, so hard.” This year, he almost repeated a grade.

Todd Westfall, the principal at Calabasas elementary, where Cristian studied until last year, said “come May, kids who were enrolled in school in Mexico, they’re just not ready to pick up where the teacher’s at.” As a result, he said, migrant parents are increasingly concerned about how moving so often affects their children’s education. “I think a lot of parents would prefer to keep ‘em in the same school all the time,” Westfall explained. “In the past, we would have so many families unenroll and leave, and now it’s down to maybe 39 kids.”

Cleaning her apartment for the last time this year, Cristian’s mother Elia said staying put is easier said than done. Rents in Watsonville are more than twice as high as they are at the Buena Vista camp. “It’s hard in the winter, because there’s not much work,” she said. “If you work in the fields, the strawberries and raspberries are already done. And you can’t really afford to pay so much rent.”

When Elia’s older daughter Yasmin started high school, she stayed with relatives in Watsonville year round. The family made it work, but if they could, the Fernandezes would live in Buena Vista all the time, as would most families there. The way the program was designed, the camp sits empty between November and May.

According to Ann Lopez, director of the non-profit Center for Farmworker Families, “We’ve always been a state that welcomes people when we need their labor, but then once the season is over, we don’t need their labor, we want ‘em outta here.”

She said there’s no doubt that people in Buena Vista have it better than farmworkers who don’t live in subsidized housing. “But there’s a tremendously high cost: they don’t have a permanent home and they can’t stay where they want to be.”

Lopez is working to repeal the state regulation that keeps the migrant camps closed during the winter. That, she says, would help more students follow the path of Cristian’s older sister, Yasmin: she’s a junior studying psychology at Cal State Sacramento.