Governor Jerry Brown apparently thought he was showing the pro-borders President Trump that California didn’t have to obey the nation’s immigration laws, even though it’s clear that the feds control who gets into the country. In fact, Brown’s illegal alien base and their supporters “cheered” when the gov signed the legislation making California a criminal-friendly sanctuary state.

The Trump administration didn’t let the challenge to law and sovereignty go unnoticed; in fact, it struck back with more arrests and a promise to expand, where garden-variety illegals will be swept up in the arrests. 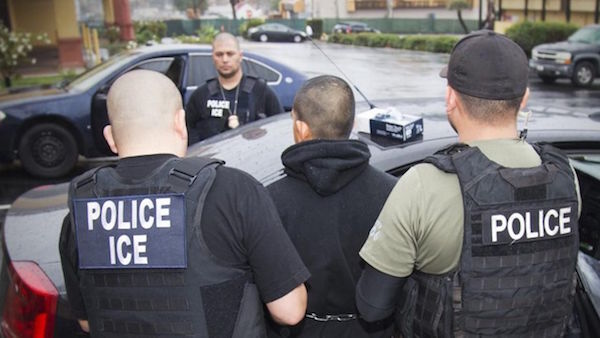 Acting ICE Director Thomas Homan noted in his October 6 statement that Brown’s action “will undermine public safety.” He also declared, “ICE will have no choice but to conduct at-large arrests in local neighborhoods and at worksites, which will inevitably result in additional collateral arrests, instead of focusing on arrests at jails and prisons. . .”

So Jerry’s ploy may backfire on his favorite people.

The head of the federal deportation agency said Friday his agents will now have to go out into communities in California even more frequently to round up illegal immigrants, now that the state has embraced a full sanctuary policy.

Tom Homan, acting director of U.S. Immigration and Customs Enforcement, made the comments a day after California Gov. Jerry Brown signed SB54 into law, canceling almost all cooperation state and local authorities can give to federal deportation officers.

He said the effect could be even more rank-and-file illegal immigrants snared because federal officers will now have to operate out in the community, rather than focus chiefly on prisons and jails.