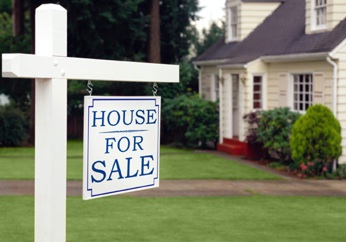 When the Obama administration and various Democrats aren’t pushing steroidal Keynesian strategies of borrow-and-spend trillions of dollars, they are thinking up schemes for short-term and/or imaginary gain for the nation’s economy.

The Gimmick Government’s latest lightbulb is to hand out visas to foreigners who purchase houses costing over $500K. The proposal is like the Diversity Visa plus cash — a two-fer in the view of this administration.

But it furthers the view of some (e.g. me) that the nation is selling itself off in history’s largest garage sale.

Interestingly, the idea has gotten criticism from across the political spectrum.

Legislation introduced in the Senate last week to stimulate property sales by giving visas to foreign investors who spend more than $500,000 to buy US homes is creating a firestorm of opposition on Web sites and talk shows across the nation.

A bill introduced last week by Republican Senator Mike Lee of Utah and Democrat Senator Charles Schumer of New York would require buyers to pay cash for the homes to qualify for the new “homeowner” visa, pay U.S. taxes and spend at least 180 days a year in the country in order to qualify for a visa allowing them to live here for at least three years.

“This is a way to create more demand without costing the federal government a nickel,” Schumer said. The idea for the legislation comes from the Canadian policy of providing visas to foreigners who purchase property

However, initial reaction is not the sponsors expected. Overnight, the bill has become the focus of attacks from those opposed to US immigration policy and foreign ownership of real property.

It is also turning a spotlight on the increasingly important role foreign buyers are having in domestic real estate markets. Fororeigners spent $82 billion buying up U.S. homes in the 12 months ended in March, up 24 percent from a year earlier, according to the National Association of Realtors (NAR). That represents 8 percent of total U.S. sales. Since March, foreign buyers, largely from Canada and Central America, have been active buying up discount priced foreclosed condos and single family homes in Florida, Las Vegas and other resort destinations.

The October 20 Wall Street Journal story on the legislation has generated 667 comments, the vast majority negative. The Huffington Post lists 150 today. Even the Hill, Congress’ newspaper, generated an unusual number of comments, all negative. NPR generated more than 50 comments for its story; an axample:

“Looks like they are reaching absolute desperation to keep this market afloat. They will do anything possible to keep home prices inflated before they allow Americans to pay what they can afford- which is all anything is really worth- what people will pay you for it.

The outcry became more serious when former Labor Secretary Robert Reich attacked the bill on his Web site. Yesterday both the Christian Science Monitor and the Huffington Post (AOL) published the piece, titled ‘Why We Shouldn’t Be Selling the Right to Live in America.”

“America is having a fire sale. Why not sell wealthy foreigners the right to live here, too? But what about American home buyers – many of them young, just entering the market – who would prefer low home prices that aren’t bid upward by rich foreigners? It’s not altogether obvious why we should favor American homeowners over American home buyers,” wrote Reich.