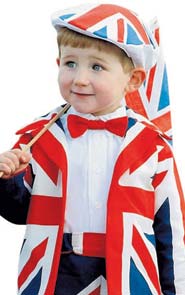 Would a political party permanently change the ethnic stock of a nation for gain at the polls, replacing the traditional people via immigration with other tribes more friendly to socialist government?

Why, yes, as it happens. And that same party didn’t mind that liberal immigration policies lowered wages for average folks and greatly increased overpopulation, despite voters’ strong disapproval which was dismissed by Labour pols as racism.

What’s interesting is that long-suppressed reports have now surfaced illustrating how Britain’s Labour Party purposefully flooded the country with immigrants which it believed would be grateful voters forever. Such obvious smoking guns are not often found in immigration policy.

As fascinating as this news report is, it leaves out the deeply destructive effects of Islamic immigration, which has created a hostile fifth column of diversity dedicated to non-Western values. A 2006 poll found that 40 percent of Muslims wanted sharia law in Britain, and it’s doubtful that number has decreased. In Birmingham, police fear to enter Muslim neighborhoods in which women are second-class citizens. London has areas of high sharia implementation: a gender-segregated Muslim-only public swimming pool, attacks on gays with no police response, Islamic courts and open sedition. Free speech is under assault as never before, in the guise of ”sensitivity” to Muslims about their cult of killing infidels.

Anyway, the Labour Party is now understood to have permanently altered Britain in fundamental, treasonous ways for its own political purposes.

Labour is today accused of a ”shocking’ cover-up over the impact of years of mass immigration as damning official research buried by the last government is revealed.

Ministers will publish three reports commissioned at the taxpayers’ expense by Labour politicians — but then apparently ”sat on’ because of their inconvenient conclusions.

The Coalition claims the unpublished reports, which cost more than Â?100,000 to produce, are extraordinary evidence of how Labour lost control of Britain’s borders and then tried to cover it up.

The revelations come as Labour leader Ed Miliband admitted his party got it ”wrong’ on immigration while they were in power — with millions of families having their incomes squeezed as a result.

The last government was widely criticised for failing to impose any controls when ten countries joined the EU, underestimating the number of migrant workers coming to the UK as a result of the changes by a factor of ten.

Local government minister Grant Shapps, who will release research commissioned by the Department for Communities and Local Government before last year’s election, said: ”This is a shocking cover-up by Labour. Labour ministers spent over Â?100,000 of taxpayers’ money on research reports into immigration, and when they didn’t like the results they tried to brush it all under the carpet.

”The new Government is being more honest with the public and so we will be making these reports public. We are introducing a series of measures to get immigration under control. Labour’s uncontrolled immigration put unacceptable pressures on public services and harmed community relations.’

The first report, a DCLG ”economics paper’, was commissioned in 2009 at a cost of Â?24,275, and looked into immigration and rural economies.

Government advisers concluded that immigration had had a negative effect on the wages of British workers, particularly at the lower end of the income scale.

They also warned of a big increase in the number of National Insurance numbers being issued, with hundreds of thousands handed to illegal workers as there was no requirement for JobCentre staff to check whether a person was in the country legally.

In rural areas, migrants make up a third of food manufacturing workers, a quarter of farm workers and a fifth of hotel and restaurant workers, the report added. ”There are challenges posed by language barriers, which can make access to services and integration within local communities more difficult,’ it said.

Housing, healthcare and education could also be affected by an increase in local population, when some existing local services may already be under pressure.’
The largest clusters of migrant workers, the report said, were around Herefordshire, Lincolnshire and Cambridgeshire and, to an extent, Somerset and Devon.

”Far from being an urban phenomenon, recent migrants have increasingly chosen to settle in the countryside, in many cases in areas without a history of migration,’ the report added.

The second report, prepared by the Government’s regeneration and economic development analysis expert panel, looked at the impact of the economic downturn on migration. It was commissioned in 2008 at a cost of Â?3,400.

The report showed that the number of migrants entering the country with dependants increased dramatically from 2007 to 2008. Ministers were also warned that community tensions were likely to increase in the event of an economic downturn.

The third report, commissioned last year at a cost of Â?78,500, was designed to measure international and internal migration using information from a national database of school pupils. It found that one in eleven pupils spoke English as a second language.

Yesterday, Ed Miliband admitted the Labour government’s open door policy towards immigration from Eastern Europe had put ”pressure on people’s wages’ by bringing about an influx of cheap migrant labour.

He also conceded that Labour ministers had been ”wrong’ to say that a maximum of 13,000 migrants a year would come to the UK from Eastern Europe following EU enlargement in 2004. In the event, more than 600,000 arrived in the following two years.

And he warned that immigration had helped widen the gap between rich and poor by piling pressure on those in lower skilled jobs.

Labour’s former immigration minister Phil Woolas claimed last year that even at party gatherings, senior figures were reluctant to talk about one of voters’ chief concerns.

”We had imposed a gag on ourselves,’ he said. And by the 2010 election, when the party did finally discuss the issue, ”the public thought we were shutting the stable door after the horse had bolted and even worse that we were doing it for electoral gain’.