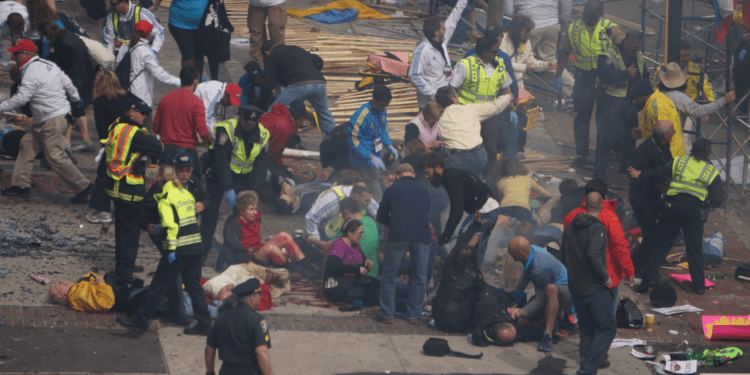 One of the Boston Marathon suspects could have been deported, except no one gets deported, especially from Boston:

Boston Bomber Could Have Been Deported After 2009 Conviction

One of the Chechen terrorists who carried out the Boston Marathon bombings could have been deported years ago after a criminal conviction and the other was granted American citizenship on the 11th anniversary of the worst terrorist attack on U.S. soil.

Tamerlan Tsarnaev, the 26-year-old killed in a wild shootout with police, was a legal U.S. resident who never the less could have been removed from the country after a 2009 domestic violence conviction, according to a Judicial Watch source. That means the Obama administration missed an opportunity to deport Tsarnaev but evidently didn’t feel he represented a big enough threat.

Adding insult to injury, the other bomber, little brother Dzhokhar Tsarnaev, was rewarded with American Citizenship on September 11, 2012 in Boston, according to JW’s source. The 19-year-old, who is still on the run, was granted asylum in Arlington Virginia on September 27, 2002, JW’s source reveals.[More]

This: judicialwatch.org/blog/2013/04/b… should be game/set/match for the amnesty/open borders crowd, but they hate white America and so will carry on.

In 2011, Boston Mayor Thomas Menino threatened to pull Boston out of Secure Communities unless the federal government stopped deporting people who hadn't committed major crimes. This transcript of his comments at the time is from the STAND WITH ARIZONA blog:

Sending people back to their homeland…people who (unintelligible) stolen cars, simple crimes, their fingerprints were sent down to Washington, and being deported also….I couldn’t take that.

Assault is an even more "simple" crime than Grand Theft Auto, which Menino considers undeportable.