The Open Borders ideology continues to push on an open door among Establishment elites. From the Washington Post: 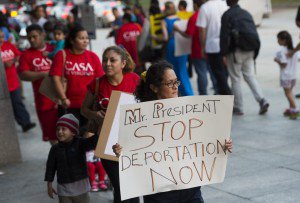 The writer is chief information officer of an NGO in Guatemala that promotes local governance in developing countries.

What’s the difference between a Mexican and a New Mexican? The former lacked the foresight of being born to American parents. New Mexicans, on the other hand, made the much more strategic choice of entering life with a U.S. birth certificate. This earned them the right to live and work anywhere across the fruited plain, a luxury not afforded to their southern namesakes.

For some stuck on the wrong side of the fence, migrating legally to another country is as impossible as undergoing a full-body skin transplant. Like race, citizenship is an attribute we inherit and have no say over. But while we balk at the idea of letting race determine someone’s legal rights, we unthinkingly support a similar principle based on citizenship. …

This guild system of nationalities is not racism. Nor is it nationalism nor nativism. In fact, no word exists to describe it. This is problematic, as our language often defines how we perceive the world. When the word racism entered the English language in the 1930s, it helped draw attention to the racial discrimination that pervaded society. Similarly, we need a term to highlight citizenship-based discrimination. My humble suggestion: borderism. …

Still, while practical matters are important, both borderism and racism are ultimately questions of ethics. Inheriting the wrong genes is no longer punishable by law, but inheriting the wrong citizenship is. Borderism is thus a sibling of racism as it subjects our rights to the lottery of life. While many opportunities in life are unequally distributed, our legal rights must always be universal.