Border Patrol, Then and Now, as Expressed by the New Open Borders Strategy

Remember when the Border Patrol defended America’s perimeter from murderous jihadists, Mexican gangsters, various criminals and job thieves from around the world? 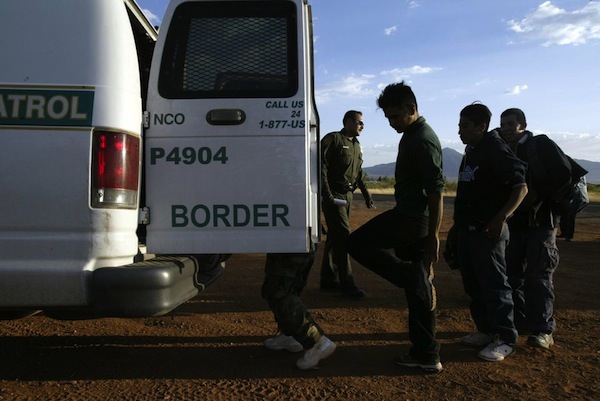 Lately, not so much. The federal law enforcement officers have been forced into welcome wagon providers to alien women and children enticed to enter America illegally by being told that a kid was a guaranteed ticket to stay. So many illegal kids have arrived in south Texas that the feds have been transferring them to Arizona — just a little smackdown from the feds to the state that dared to enforce immigration itself.

And just what is the cause of the sudden surge for El Norte?

Glenn Beck thinks that the administration has planted the story in Latin American media, which has been telling people to run for the border now.

The governments of the poor Central American nations would probably be agreeable to thousands of their citizens leaving for the US, because the remittances might well be more than the taxes those people would pay. In Honduras, for example, 20 percent of the GDP comes from remittances.

Back to Arizona and the alien kiddies, a Phoenix TV station reported June 6, DHS program that buses immigrants to AZ, no signs of stopping. The story follows the script of “humanitarian crisis” rather than a created crisis.

Indeed, the illegal aliens are being welcomed, not deported, so they keep coming. Word gets around. Why would they not come?